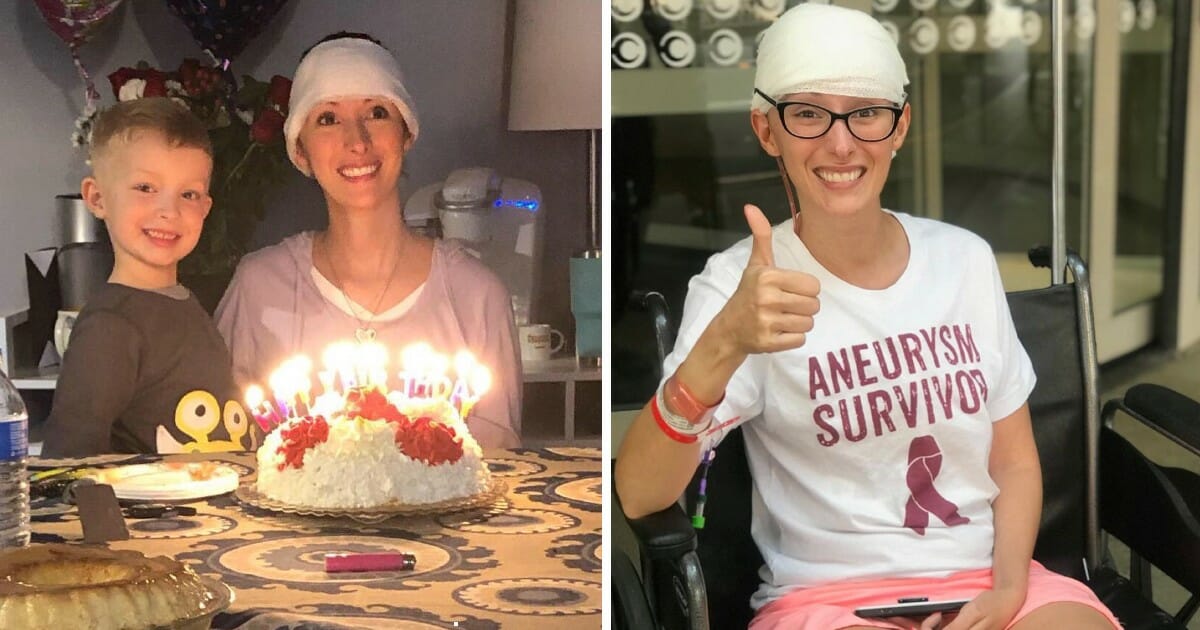 At 34 years old, Cynthia Martinez had it all. She had a healthy son, Bryce, loving family, friends she could count on, a home, and was a former beauty queen. But on November 9, 2018 that all changed.

While visiting a friend’s home she suddenly collapsed. Paramedics were called and Cynthia was rushed to the hospital where it was discovered that she had a ruptured brain aneurysm.

And that was only the beginning.

“I don’t remember my arrival at the hospital but from what I was told I was screaming of a terrible headache begging for ice,” Cynthia said. “Within a few hours I had a craniotomy to clip the aneurysm.”

The single mother began to recover, but within a month Cynthia suffered a stroke. Her brain began to swell and she had a lung infection, possibly due to blood she swallowed when she initially collapsed.

“I had gotten a blood infection and a kidney infection as well – I was just extremely sick and extremely weak at the time I was going into surgery – there were no guarantees.”

“My family was in absolute shock and disbelief that they went from, ‘Oh she’s going to be OK’ to, ‘Wait, what are her final wishes?’”

Eventually Cynthia was discharged from the hospital in the beginning of January, but over the course of the next several months she had to undergo several surgeries related to an infected bone flap.

In September she was fitted with a tissue expander.

Cynthia credits her recovery to prayer and the power of believing in miracles.

“We are all strong enough, we just don’t know it until we are pushed against the wall and forced to fight. Fight for our lives, fight for our recovery, fight for whatever it is that is important to us,” she said.

‘Miracles and the power of prayer are very real. Whether you believe they are from God, the Universe, any other higher being. It’s real.’

More than one year after the frightening scare, Cynthia says she has a large part of her life back and her road to recovery has led her to think about not only her future but her son’s future and what it might look like if she wasn’t around.

Dear moms, dads, and guardians, my plea to you is to be prepared. … Get yourself prepared! I used to think a Power of Attorney, and a Last Will and Testament were for people with estates and millions in their accounts. But I was wrong. They are, and should be, for everybody who wants to leave their family with the answers mine didn’t have.

This is an excellent reminder. It’s not something we think about, but everyone should consider speaking with a lawyer about a last will and testament.

The post Single mom has part of her skull removed after ruptured brain aneurysm and stroke appeared first on Newsner English.