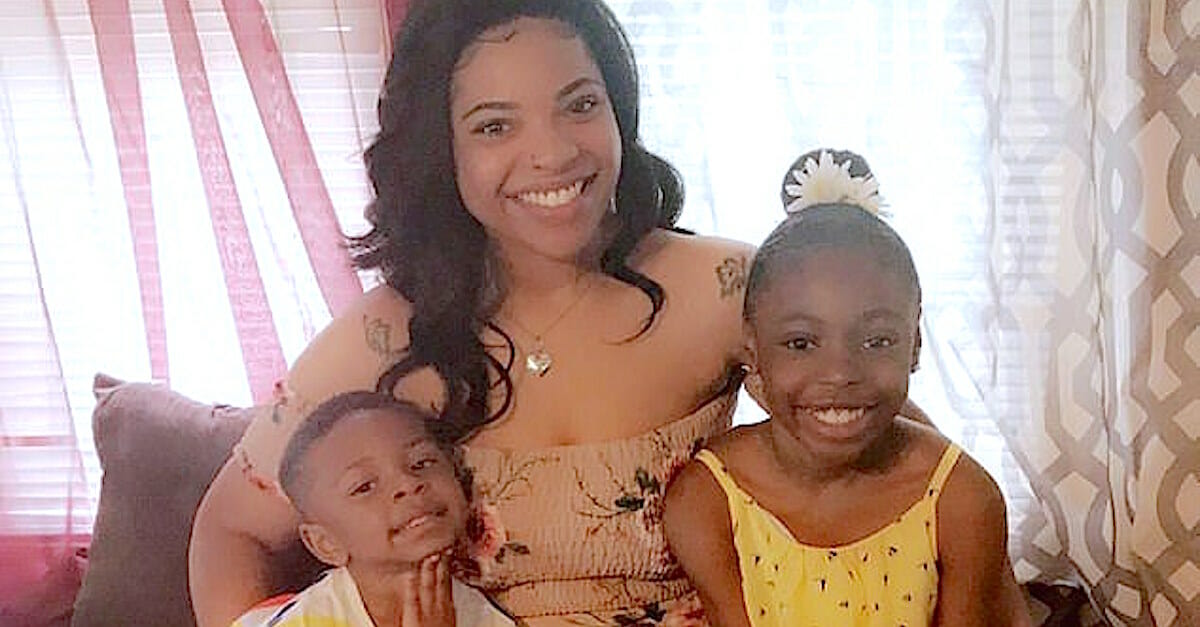 Life can turn on a dime; what we take for granted one day can be taken away the next.

Few people know this better than Kertisha Brabson, of Alliance, Ohio. A proud 31-year-old and mother to two kids, Kertisha would have been forgiven for thinking everything was swell.

It began when Kertisha started to feel unwell. She was having difficulty verbalizing and felt a general sense of heightened anxiety. Without a diagnosis she couldn’t be sure, but she suspected there was a problem.

Fortunately, her gut feeling led her to the hospital where, low and behold, she began to have seizures. It was mere days later that she slipped into a coma – no one knew it, but she was battling a rare autoimmune disease that has the capacity to affect brain function.

Speaking to WJW Cleveland, she said: “It was crazy because her body was deteriorating right in front of your eyes.”

Months later, and still in her coma, Kertisha was having upward of 20 seizures every day. It got so bad that doctors spoke to her family about “pulling the plug”, fearing that Kertisha was brain dead.

Her mother wouldn’t have it, though. She sensed there was still enough of her baby worth saving, and so transferred her daughter to The Ohio State University Wexner Medical Center. It was there that Kertisha lay for a further four months.

Luckily, doctors at the Ohio facility never gave up on Kertisha. Then, in April, seven months after Kertisha had fallen into the coma, the unthinkable happened: Kertisha woke up.

As per reports, given the complications associated with her condition, there were never any guarantees she would regain consciousness.

Dr. Shraddha Mainali, assistant professor of neurology and director of the neurovascular ultrasound lab at Ohio State, said: “Her story is one of hope … And her outcome (of being alive and independent) goes to show how persistent and meticulous care can help improve outcomes in other patients with her condition, even when the disease is severe enough to make the odds of recovery very slim.”

After waking up, Kertisha was given physical, occupational and speech rehabilitation, all aimed at helping her regain strength and body function. She still goes to therapy now and still sees a neurologist on a weekly basis, but she’s able to live back at her home in Alliance.

“She was so angry for a while; she wanted to be better right way,” Williams said. “I keep telling her it’s going to take time. And I think she realizes that now.”

Here’s to wishing Kertisha all the very best moving forward. Our thoughts and prayers are with you as you make your recovery.

The post Ohio mom-of-two wakes up from 7-month long coma after doctors tell family to “pull the plug” appeared first on Newsner English.