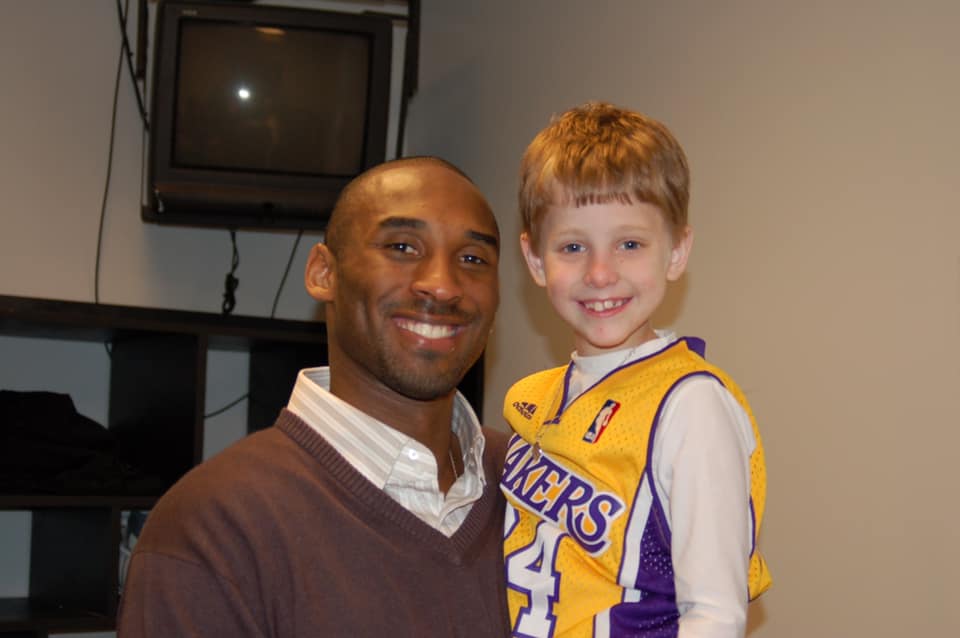 People all over the world are still in shock over the death of basketball legend Kobe Bryant, who died in a helicopter crash on Sunday with his daughter and seven others passengers.

In the days since, tributes have been pouring in from basketball fans and fellow NBA stars who honored his incredible contributions to the sport.

But the most touching tributes have come from people who knew him personally, whose stories reveal a man as inspiring in everyday life as he was on the court—including the 200 kids Kobe met with as part of the Make-a-Wish program.

The charity grants “wishes” to kids with cancer, which is often to meet their favorite sports star. Kobe, one of the biggest star athletes of all time, was naturally a popular choice—and he was always happy to participate.

“Basketball is something that will come and eventually go, the beauty in that is trying to use that time to inspire others and provide some sort of escape for them,” Kobe explained.

“I think that’s something that lives well beyond the game of basketball and is probably most important.”

In the end, Kobe was proven right: the NBA great may be gone, but his influence lives on in the lives he touched. Several of the people he met with through Make-a-Wish paid tribute to him after his death.

“Meeting Kobe was probably the highlight of my life,” Jordan Patterson, who met Kobe in 2012 when he was 13, told WITI. “It boosted my spirits so high.”

Jordan was battling kidney dysfunction at the time, and recalls that his sports hero gave him plenty of time and attention.

“[He] signed all my pictures, took any pictures I wanted, answered all my questions,” Jordan said. “It was just an unreal experience.”

That was also the experience of Patrick Moore, who recalled his son Henry’s Make-a-Wish meeting with Kobe and his family.

“We expected he would take a quick photo and be done,” he wrote. But instead, the Bryants asked thoughtful questions about Henry’s illness and Kobe was impressed by how much the boy knew about his career.

“I hope he knew how much joy his visit brought to Henry,” Patrick wrote. “He was Henry’s hero before the Wish. He was Angela’s and mine after that Wish.”

Many of the kids Kobe met with at the height of his fame are now but, and the lessons he imparted will always be with them.

“If you just work at your craft, anything is possible,” Jordan told WITI. “Anyone can be great, and that just sticks with me every day.”

“His legacy will always live with us.”

Kobe Bryant will always be remembered as an all-time NBA legend, but we should always remember his incredible charity work off the court.

Rest in peace, Kobe. Share this story to honor his inspiring legacy!