Trigger warning: contains graphic details of child abuse that may be distressing to some.

In 2007, two young boys, Eddie Carter and Ethan Kelly, thought that they were going to finally have a loving, permanent home after being adopted by Richard and Cynthia Kelly. But the reality turned out to be far from it, as the boys were tortured and locked up in a basement while the rest of the family lived normal lives upstairs.

The older brother, Eddie, managed to get out of the house a year after the abusive couple relinquished custody of the boy, citing repeated behavioral issues. However, Ethan was still in the care of Richard and Cynthia. The abusive couple forced the boy to live in miserable conditions in their Alabama home, locking him up in the basement, and intimidating him. It had reached to a point where the boy wanted nothing more than to die. 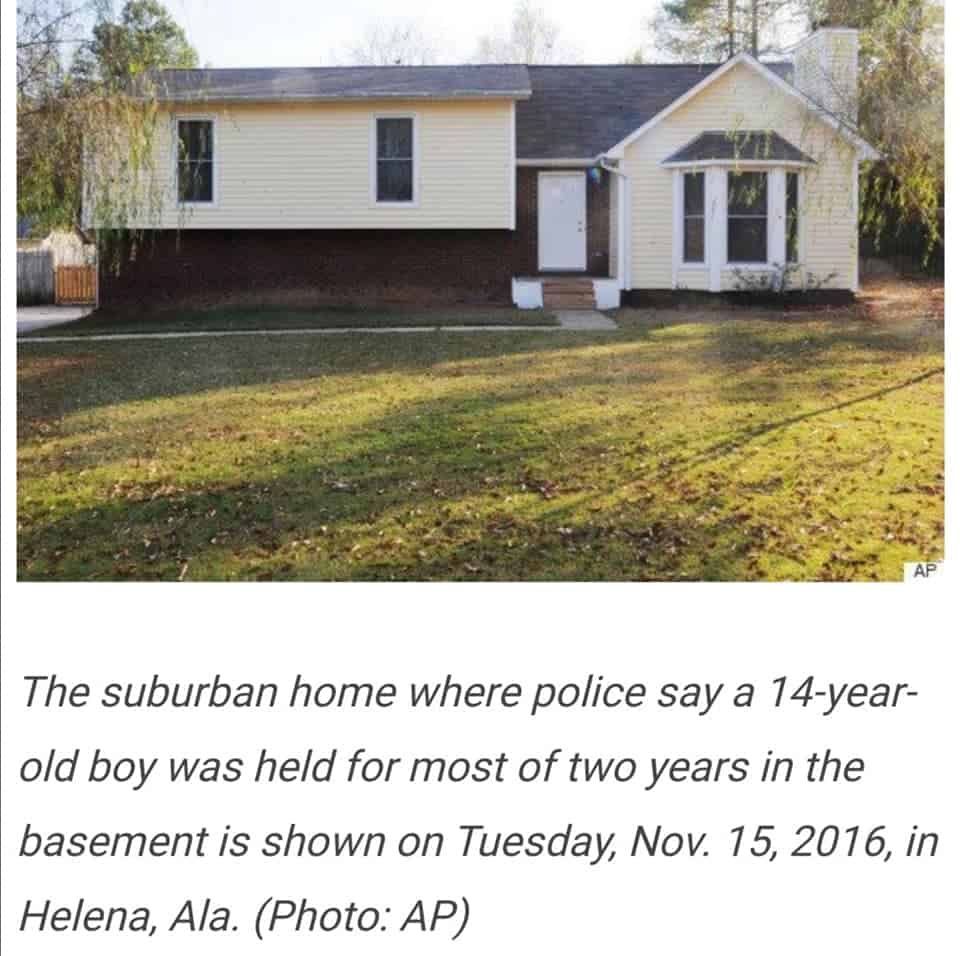 “This wasn’t the dream. I cried every night and prayed for Jesus to end it all,” Ethan testified in court, as reported by New York Post.

Ethan was kept in the basement from the age of 11 for up to 23 hours a day with a camera that didn’t work but was meant “to intimidate and have him think they were always watching him,” Helena police Det. Sean Boczar said, as reported by AL.com.

In court, Ethan revealed that he would be beaten with belts and wooden paddles, and be forced to bang his head against the wall. Richard and Cynthia would also pour salt and alcohol into his open wounds and make him run laps around their yard. The food they gave him was also sometimes mixed with hot sauce.

“They told me I was a bad child,’” Ethan said in court. “They told me no one loved me or would ever love me.”

Ethan’s brother, Eddie also endured staying locked up in the basement for long periods of time and told AL.com, “You’re down there and nobody knows you’re down there except the people in the house… You sit in the corner and weigh out what means the most. It was horrible. Horrific.”

When Ethan turned 14, his situation came to light when his health severely declined and he had to be taken to the hospital. Having barely been given any food, water, or medical attention, Ethan weighed only 55 pounds at the age of 14. He had been isolated for long periods of time with no human contact apart from that with his abusers, according to AL.com.

Despite all the torture they put Ethan through for years, the couple didn’t feel like they did anything wrong. “We did what we thought was best,” Richard Kelly said in court, AL.com reported.

Today, Ethan is an 18-year-old studying at Jefferson County high school and he appeared in court four years after he was taken to the hospital to begin his long journey to recovery. “I’m not who I used to be. I’m not even who I was supposed to be. I lived the story of Cinderella with no happy ending,” Ethan said.

New York Post reported that the couple was given a prison sentence of only two years for the abuse they inflicted. Shelby County Circuit Judge William H. Bostick told the court, “It would be somewhere in the realm of 20 years to life if I weren’t constrained by the law. But I am.”

As Ethan saw his parents in court for the first time in four years, he also said in his statement, as quoted by AL.com, “Even though you’ll never say, ‘I’m sorry,’ I forgive you.”