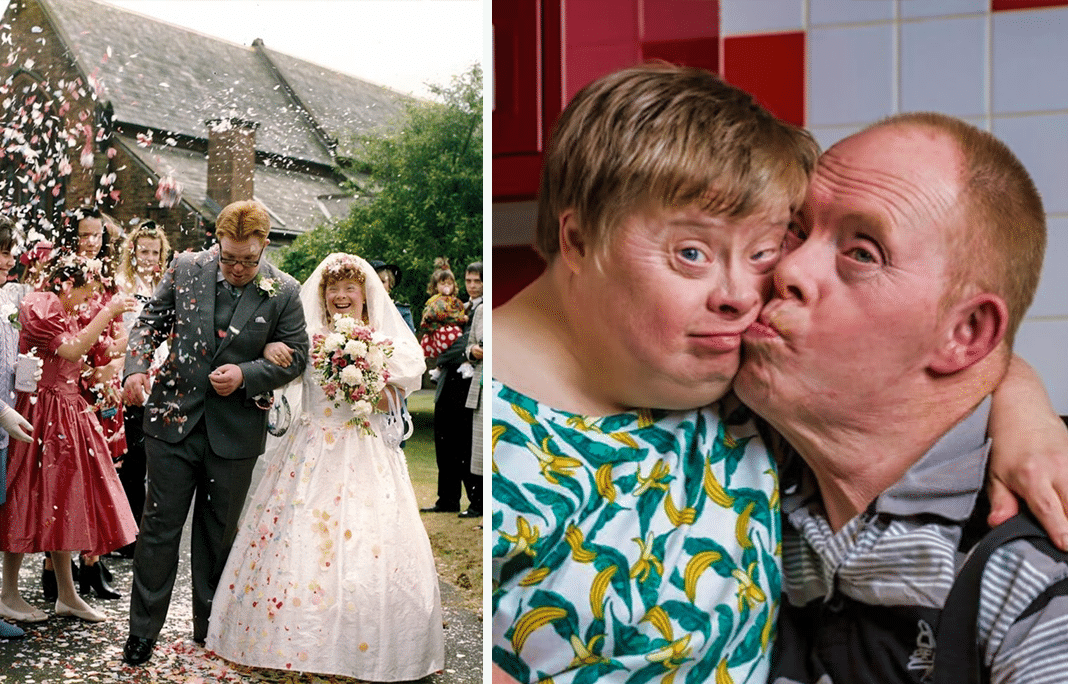 Imagine twenty-seven years of a happy marriage. It would be a major achievement for any couple, but for Gareth Tobias, 55, and his wife Deana, 57, it marks the longest marriage of any couple with Down syndrome.

The inseparable couple from northwest England was the first with Down syndrome to get married back on July 4, 1992. Today they are making international news as thousands celebrate their unique love story.

Gareth and Deana first met in 1981 at a local Cumbria Community Center. He was just 17 years old at the time, while Deana was 19.

According to Metro, Gareth was quite the ladies’ man back then, but the minute he met Deana, he knew there was a special connection. Gareth called it “love at first sight.”

“Before I met Deana, I had three girlfriends.”

“I chose the right one, and that’s Deana,” said Gareth.

For Deana, it was Gareth’s similar sense of humor and the same hair color that first attracted her to him.

The two became fast friends for many years, and the families were unaware that a deep abiding love had grown. Only ten years later, when the two started talking about getting married did they realize.

“We didn’t know an awful lot about their relationship until they started talking about getting married,” said Anne Tobias.

On Deana’s birthday, the couple took a holiday, and Gareth popped the question. They were soon married in a beautiful ceremony before a small group of 40 supportive friends and family.

According to Anne, the lovebirds carefully memorized their vows and couldn’t wait to say them.

“It was so lovely. They were so prepared for it, they both knew their vows off by heart. ‘The vicar started to say the vows and they didn’t have to repeat them, they both just spouted them out.”

You can see how happy Deana was as the crowd showered them with confetti on July 1992.

At an evening party, Deana and Gareth danced to a song from the movie, Dirty Dancing.

“They did the song from Dirty Dancing, where the woman runs up to him, and he lifts her up. So Deana ran towards him, and he lifted her up. Then everybody got up and sang You’ll Never Walk Alone,” said Anne.

You might wonder, what is their recipe for a successful marriage? Over the years, they have enjoyed staying active, camping, dancing, taking vacations, and going to their local pub.

Heartwarming photos of a couple with Down Syndrome that have been married for 27 years
–
Gareth and Deana Tobias who are officially the world’s,

Like any couple, they have faced hard times, but have made it work. Their shared sense of humor shines through. You can see it in their faces.

“I put up with Deana. And she puts up with me,” said Gareth.

Through it all, their constant love for each other remained over the years.

“I still love him. Look at him now, he’s like an old man,” said Deana.

Exclusive: Gareth and Deana have been inseparable since they were teenagers

(This is why I do my job, for stories like these) https://t.co/XFRDmLwoi9 via @MetroUK

The post World’s first couple with Down syndrome to get married are still inseparable 27 years later appeared first on So Share This!.