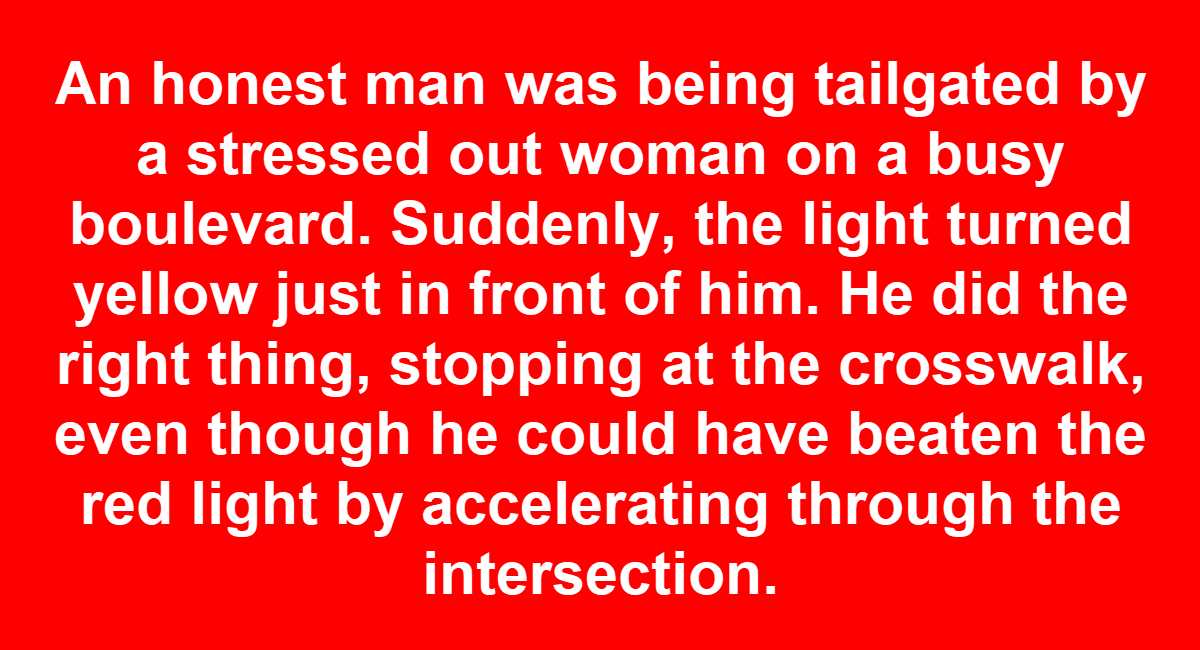 Road rage is something most of us have to deal with nearly every day. This is especially true for those of us who have long commutes on the highway to and from work. On the road, people seem to have such a short fuse and are ready to explode over some of the most minor things. Honestly, it can be a bit scary sometimes, as folks can wail on their horns while throwing out obscene language and gestures without reservation or shame. It’s a behavioral phenomenon that we don’t find in many other areas of our society, except maybe online.

But sometimes being rude can backfire as karma can always be just around the corner. In the case of this joke, karma came in the form of a police officer who witnessed a woman losing her mind over a driver’s decision to stop at a yellow light. The officer had a few choice words to say to the lady after he pulled her over, which filled her with pure embarrassment.

An honest man was being tailgated by a stressed out woman on a busy boulevard. Suddenly, the light turned yellow just in front of him. He did the right thing, stopping at the crosswalk, even though he could have beaten the red light by accelerating through the intersection.

The tailgating woman hit the roof, and the horn, screaming in frustration as she missed her chance to get through the intersection.

As she was still in mid-rant, she heard a tap on her window and looked up into the face of a very serious police officer. The officer ordered her to exit her car with her hands up. He took her to the police station where she was searched, finger-printed, and photographed, and then placed in a holding cell.

After a couple of hours, a policeman approached the cell and opened the door. She was escorted back to the booking desk where the arresting officer was waiting with her personal effects.

He said, “I’m very sorry for this mistake. You see, I pulled up behind your car while you were blowing your horn, flipping off the guy in front of you, and cussing a blue streak at him. I noticed the ‘What Would Jesus Do?’ bumper sticker, the ‘Follow Me to Sunday School’ bumper sticker, and the chrome-plated Christian fish emblem on the trunk.

Naturally, I assumed you had stolen the car!”

Please share this joke with your friends and family. 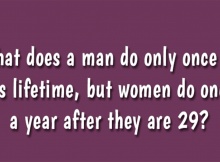 Hilarious riddle: What does a man do only once in his lifetime Recommended 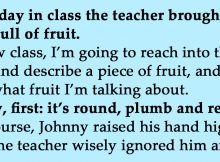 The Teacher Brought A Bag Full Of Fruit. Recommended 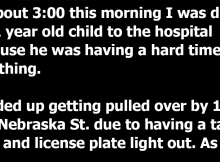 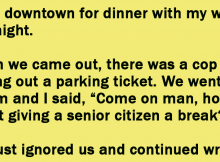 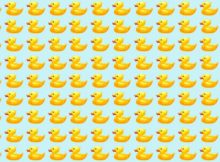 Can You Find the Odd Duck in Less Than 20 Seconds? Recommended 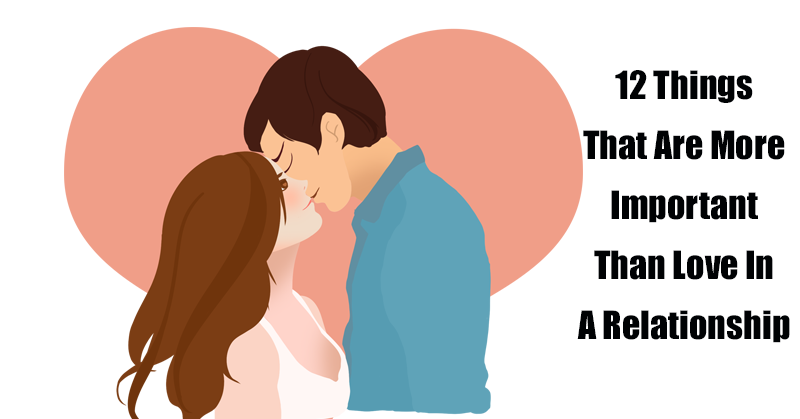