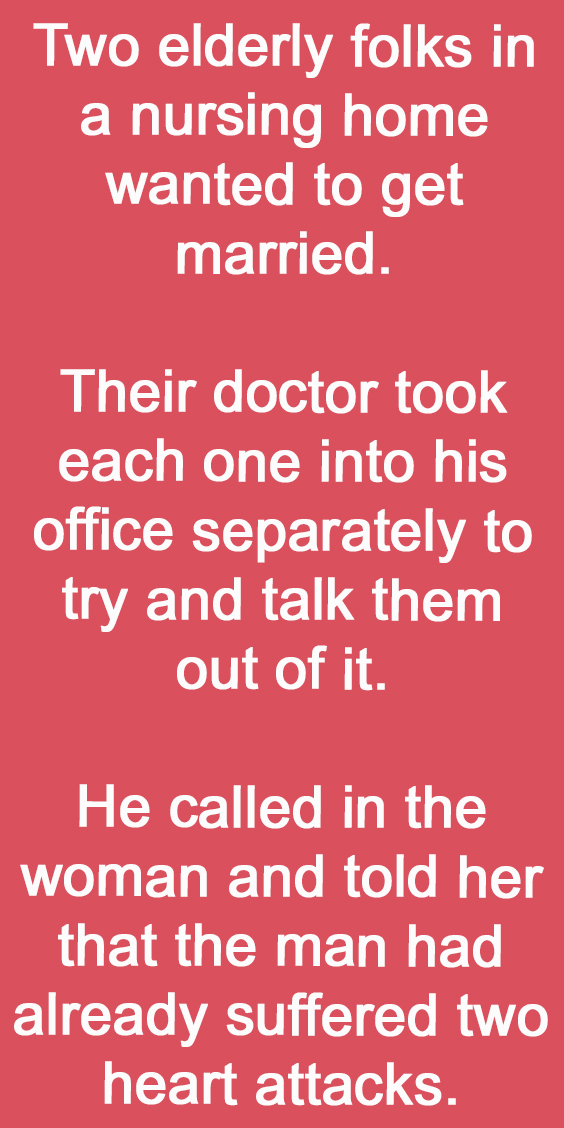 Two elderly folks in a nursing home wanted to get married.

Their doctor took each one into his office separately to try and talk them out of it.

He called in the woman and told her that the man had already suffered two heart attacks.

She told the doctor that she didn’t care.

The doctor called in the man and told him the woman was suffering from acute angina.