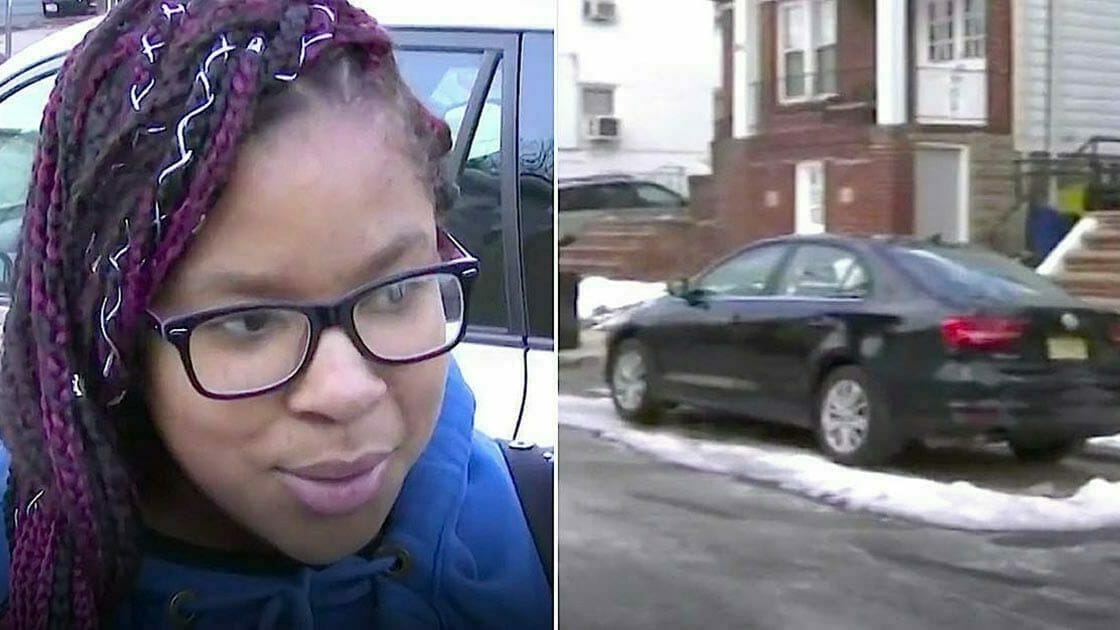 When 17-year-old Kayla Rose got up to walk her dog before school on a chilly morning in New Jersey, she had no idea the shocking scene she was about to stumble upon.

The responsible teen had left the house at 7 a.m, with her a bichon-poodle mix named Milkshake, when she got involved in a situation that she likened to a horror movie.

But her bravery in a very scary situation is being hailed as heroic as she saved a man from potentially dying in freezing cold temperatures.

Kayla heard “scratching and knocking” coming from a parked car and got closer to investigate, according to the New York Post.

“I moved closer and said, ‘Hello?’” Kayla said, adding that she heard a man reply back, ‘Hello? I need some help!’”

She realized that the cries for help were coming from the trunk of a car and got scared.

“I went to my neighbor ( Joe Bollaro ) across the street and they called the police,” Kayla said, adding, “Nothing like this happens over here.”

Kayla then went to tell her mother.

“She said it looked like she was in a horror movie,” Kayla’s mother Marie Banks said, according to the New York Post .

Man tied up in a car

When firefighters arrived they managed to prize open the trunk and found a man bound with tape with clear signs of assault.

“His face was all smashed up,” neighbor Joe Bollaro told the New York Post. “He said they hit him. They had him tied up, his hands. The firemen had to cut him loose.”

According to the New York Post, the man had reportedly been carjacked, kidnapped and robbed by two armed men who allegedly forced him to withdraw cash from several banks in the area.

The man had not suffered life-threatening injuries but who knows what could have happened if he had stayed locked up in the trunk of the car in freezing conditions for much longer.

“I told her, ‘you saved a life today. You are a hero!’” said her mom Marie. “How many times you hear people found dead in a trunk?”

Kayla was so brave to act on her instincts; she clearly helped a man in dire need of help.

Please share to pay tribute to this 17-year-old’s efforts!