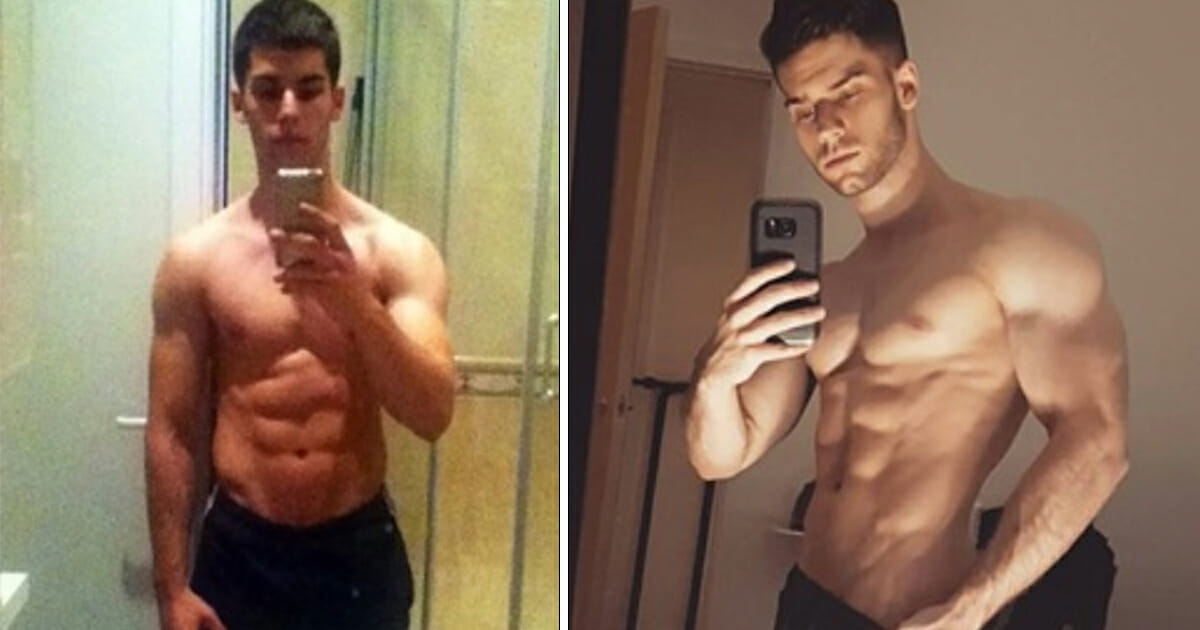 When 22-year-old Iliya Tsikov moved to the U.K. from Bulgaria he was a skinny teen with no confidence and was bullied for his appearance.

Not only did he have to adjust to a new school, new country and bullies but also the worry that his family was struggling to make ends meet in their new life.

To try and help them Iliya sold his lunch every day and started saving the cash incase his parents should need a helping hand one day. But the result was Iliya got even skinnier as he was only eating two meals a day.

Fast forward to the now 22-year-old Iliya and you won’t believe the transformation. With tens of thousands of followers on Instagram this determined young man is a bodybuilder and the transformation is startling.

The bullying had taken its toll on Iliya who spent his days either at school dealing with the abuse or at home in isolation, playing video games. But at 16 years old Iliya decided to do something about his skinny frame and started weight training.

Sell his school lunch to help his family

Iliya moved to Bristol, England, with his family when he was 12 years old but they struggled financially so he would sell his sandwiches to his friends and store the money in a shoe box under his bed, should his family need the extra funds, according to Unilad.

His family found the stored cash but wasn’t mad with him, instead they set up a savings account, opened with the money he had made so many sacrifices to save. It was then he decided he wasn’t going to let the bullies win and started weight training.

“The first step I took was starting to be honest with myself about how I look and feel. I was a skinny teenager, who had no confidence, no self-esteem, no friends, far from having any girlfriend – nothing,” Iliya told Unilad.

Inspires others on their fitness journey

“Fast-forward three months of hard work and dedication, I started feeling good about myself! My appetite grew and I started building weight. The changes of my body motivated me and I joined the gym.”

Now he charts his fitness progress on his Instagram page, which has over 36,000 followers. He also helps to inspire other people to take on their own fitness challenge through his YouTube channel.

I love that Iliya turned a negative into a positive.

From selling his lunch every day to help his family to his incredible fitness journey, this young man is such an inspiration. Please share if you agree.

The post Teen bullied for his skinny frame becomes bodybuilder and you won’t believe the transformation appeared first on Newsner English.