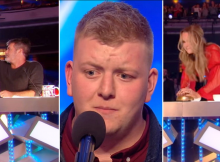 When 22-year-old Gruffydd Wyn Roberts auditioned on Britain’s Got Talent it was a full-on rollercoaster of emotions.

In fact, only moments after he began singing, Simon Cowell waved his arm to stop him from continuing with the song.

However, in the most incredible twist of events, Gruffydd’s audition ended with the greatest response a contestant could receive – The Golden Buzzer award!

From beginning to end it’s an unforgettable clip that keeps you at the edge of your seat.

You’ll soon realize why his performance has been viewed more than seven million times online.

Gruffydd appeared to be just an average guy when he walked in front of the BGT judges.

He was a theater assistant from the island of Anglesey in Wales, where he lived with his nan.

Like many other contestants, Gruffydd also had a difficult past. He admitted to the judges that he didn’t know his father until he was 16-years-old, a reason he lived with his grandmother.

Yet, despite his heartbreaks, it seemed like Gruffydd at least had a support system.

You could tell because he had friends in the audience cheering for him the entire time.

Gruffydd, who’s also a rugby player, announced that he’d be singing for the judges.

It’s unlikely though that anyone predicted the type of vocals that would be popping out of his mouth.

As it turns out, the 20-something-year-old actually has a voice of gold and a talent for performing opera!

But only a few lines in, poor Gruffydd was met with every contestant’s worst nightmare. Simon raised his arm in the air and brought the music to a halt.

Simon told Gruffydd that he thought his performance sounded “cold” and “mechanical,” which must have been hard to hear.

The judge was going to give him a second shot to sing a different tune.

“I want to hear that warmth, that richness. I want you to just let go for a second.”

For his next try, Gruffydd chose to sing Giacomo Puccini’s “Nessun Dorma.” What was different this time, however, was that he seemed much more relaxed as he unleashed his powerful voice.

The crowd could also notice the improved performance, prompting them to cheer for Gruffydd during his redemption. His voice is truly beautiful and covers you with goosebumps.

At one point he stops for a moment, almost as if he’s been overtaken with emotion.

But Gruffydd wasn’t about to give up. He belts out the next lyrics with such intensity that he has everyone rising to their feet for a standing ovation.

Even his friend can’t hold back his tears watching the incredible performance.

Little did Gruffydd know the best was yet to come. Seeing the response from everyone had Gruffydd shaking like a leaf.

Understandably too, because it’s not every day you’re facing a huge auditorium of people applauding you.

There was one judge who couldn’t resist making a move so bold it would change everything.

Amanda Holden slammed down on The Golden Buzzer, which automatically sends the contestant to the final rounds.

Gruffydd’s reaction is absolutely priceless. He jumps up and down on the stage like a kid on Christmas morning, which is much different than only minutes before.

Although the internet is full of auditions that are emotionally-charged, this is one that mirrors a carnival ride. Get ready for ups and downs, chills and tears too!

Unfortunately, Gruffydd didn’t take home the BGT crown that season, but it did help launch his music career. Currently, he tours all over with his stunning voice.

You can watch Gruffydd’s soul-stirring rendition of “Nessun Dorma” below! 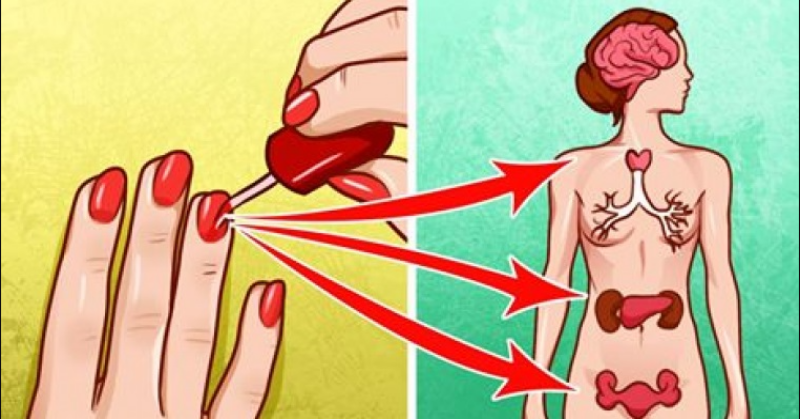 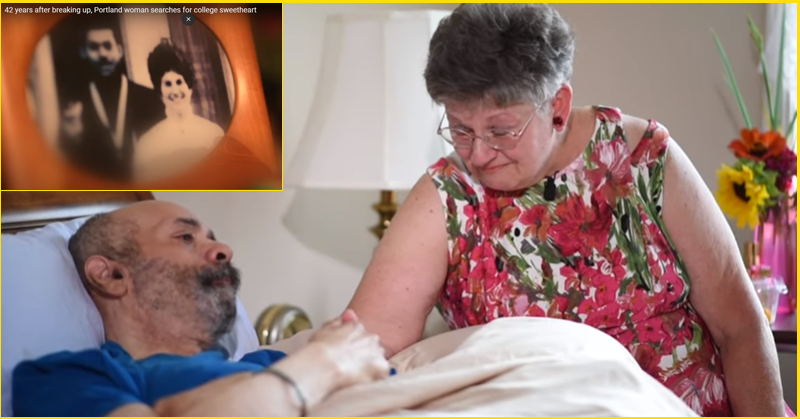 Their interracial romance ended painfully after college. They reunited 42 years later — and now live together. Recommended 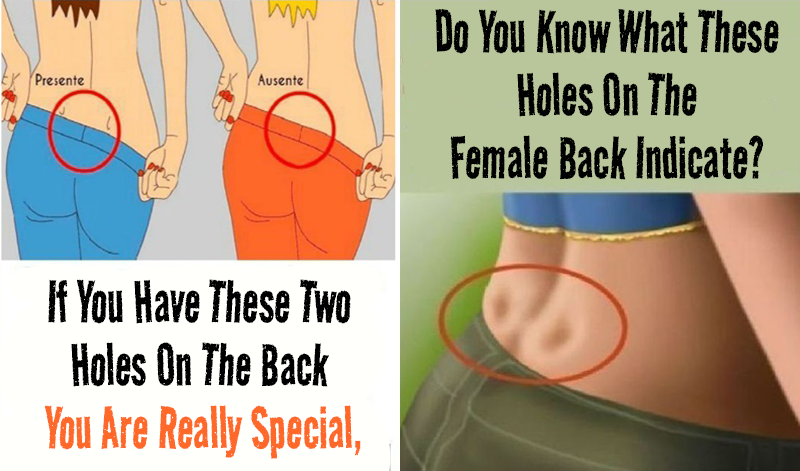 If You Have These Two Holes On The Back You Are Really Special, Here Is What It Says About You Recommended
15 Secret Reasons Why Guys Absolutely Love Ladies’ Br£asts Recommended
Someone I Love is in Heaven. Recommended 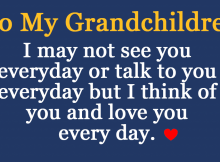 My grandchildren stay forever in my heart Recommended