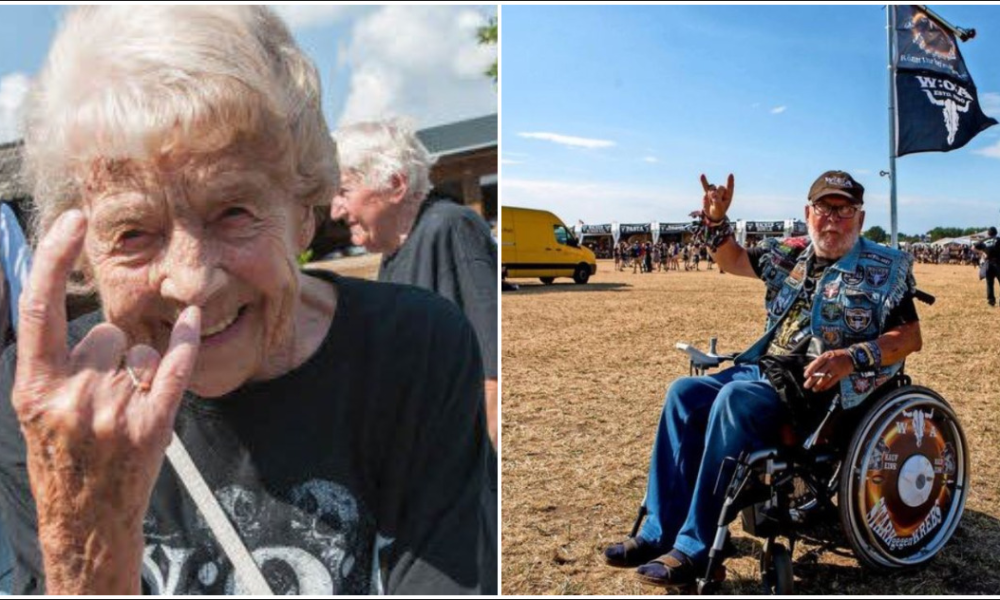 You’re never too old to rock and roll! The likes of Bob Dylan, Paul McCartney, and Mick Jagger are still rocking in their seventies, and plenty of old-timers grew up with rock and metal and still love to throw up the horns and see their favorite bands and singers in action, even if it’s against the rules!

Breaking the rules is in the spirit of rock ‘n’ roll, after all, and that must have been on the minds of a couple of German seniors as they decided to break out of their nursing home in order to attend a hard rock and metal festival named Wacken.

The two seniors, both men, busted out of their rural nursing facility in Dithmarschen and traveled across the country to Hamburg for the fest.

They traveled 25 miles in total on public transport in order to attend the Wacken Open Air Festival, an annual event featuring some of the hottest and biggest names from the worlds of rock and metal.
This year, Judas Priest, Danzig, and Cannibal Corpse were among the headline acts. with the likes of Iron Maiden, Motorhead, Motley Crue, and Alice Cooper appearing at past editions.

Wacken has been running since 1990 and is a key date on the calendar for metalheads, being referred to as ‘The Cathedral of Heavy Metal’ and ‘The Mecca of Metal’, drawing in tens of thousands of fans from around the globe.

The two elderly rockers didn’t want to miss out on the event, so planned their escape to perfection and got to enjoy the whole show, but there was some cause for concern as both men have mental health issues and the nursing home staff were very worried when they learned of their disappearance.

They got in touch with the police, who initiated a search for the men. Fortunately, the pair were found, perfectly safe, but a little groggy, at 3am.

They didn’t really want to go home with the cops, but eventually relented, as the police statement confirms:

Around three o’clock, a patrol cared for two elderly gentlemen who had apparently found favor in the Metal Festival and had made from a Dithmarscher retirement home on the way to Wacken.

Of course, they were missing in their home and quickly arranged a return transport after the police had picked up the elderly.

The men were reluctant to go home so a patrol car escorted the appointed taxi [as a precautionary measure].

In the end, the men were taken to the medical tent at the festival site and checked over, before taking a taxi back to their nursing home.

It’s lucky that the cops found them, as the rebel rockers had missed the last bus and had both gotten a little carried away with the excitement of the event, consuming quite a lot of alcohol.

The nursing home workers were glad to see the residents arrive back safely and released a statement about the event, saying that the pair “obviously liked the metal festival”.