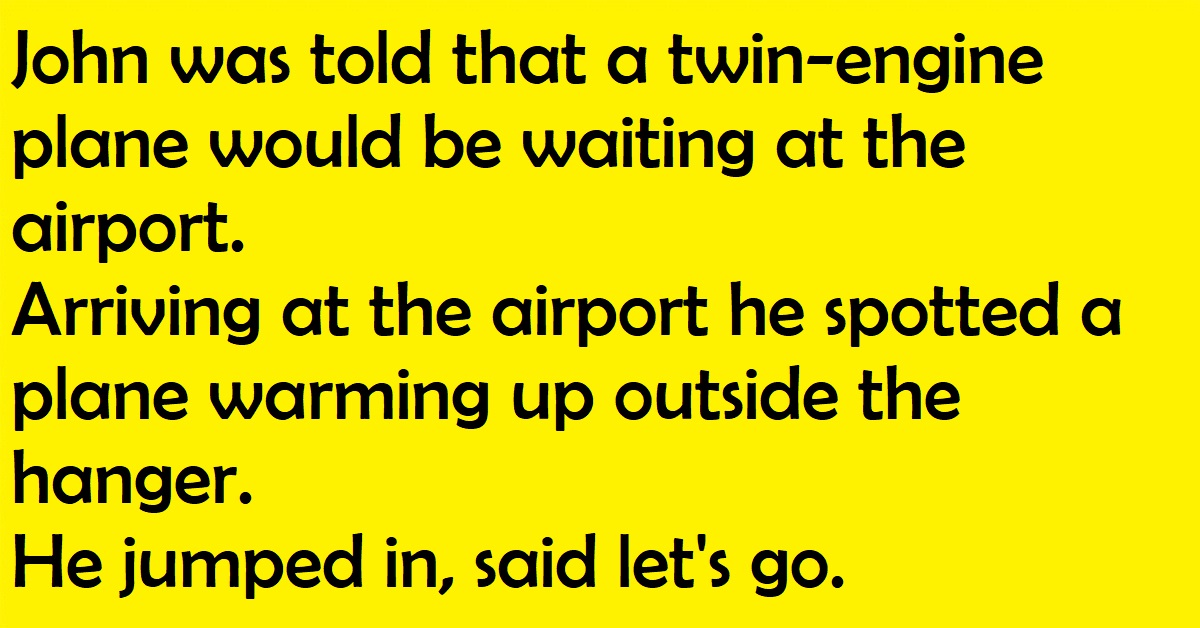 There is something that takes place before any airplane leaves the ground and it is something that often takes place behind closed doors. A checklist is reviewed that gives very specific information on what should be checked and what the results should be. It’s important for this to be considered because even a small error or problem with the plane could spell disaster for the pilot and for anybody else who happens to be on the flight. In this particular case, there was one check that was not included in the list. In the end, however, I’m sure the pilot wishes that it would have been!

John was told that a twin-engine plane would be waiting at the airport. Arriving at the airport he spotted a plane warming up outside the hanger. He jumped in, said let’s go. The pilot taxied and took off. Once in the air, John told the pilot: Fly low over the valley so I can take pictures of the fire on the hill

John: Because I’m the photographer for a television show. I need to get some close-up shots.

The pilot was strangely silent for a moment, then he stammered So, what You’re telling me is . . . You’re not my flying instructor?