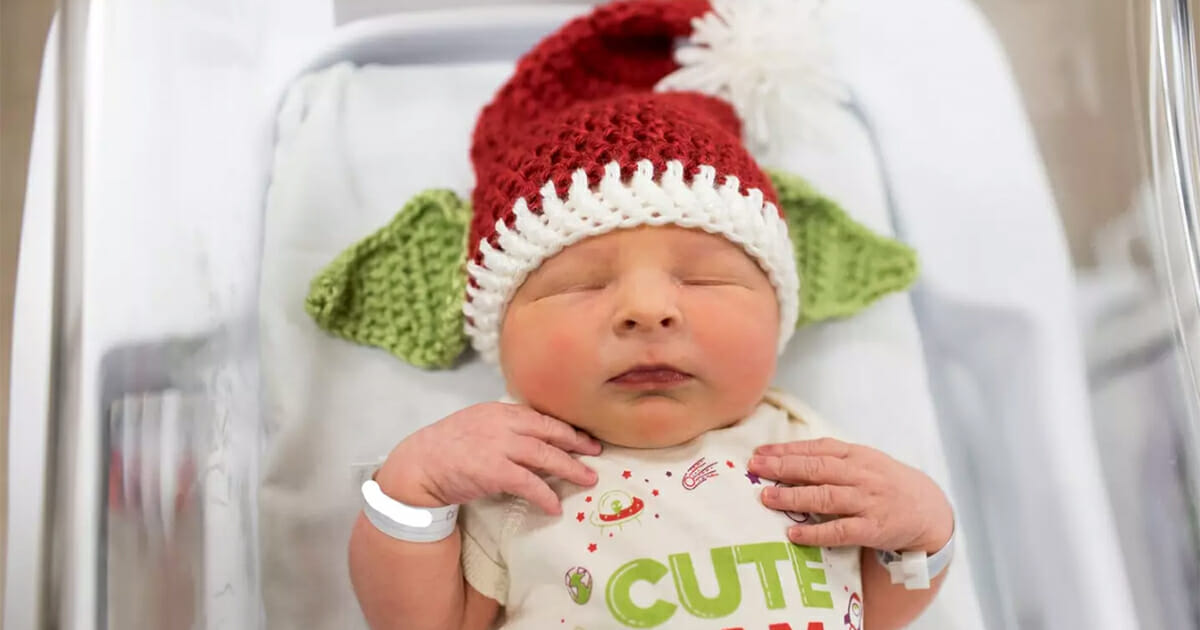 When Sci-Fi fans lost their minds over “The Mandalorian”, the latest show to come from the creative minds of Star Wars, the demand for one of its stars this Christmas has reached out of this world proportions.

The show’s lead character, who resembles the legendary bounty hunter Boba Fett, was unleashed onto our screens in November, or at least those who have the newly launched Disney Plus channel in the U.S.

But it was the character that appeared at the end of the show’s first episode that has become the biggest hit – Baby Yoda.

Now a big fan and a nurse Caitlin Pechin has decided to bring some of this mania into the hospital where she works and dress newborn babies up as Baby Yoda for Christmas – the results are adorable.

The talented nurse already hit the headlines last month when she dressed some of the babies up in outfits based on iconic kids’ TV presenter Mr Rogers on World Kindness Day.

Now she’s knitting hats for some of the newborns based on the cuter, younger version of the Jedi Master – Baby Yoda.

After posting pictures of the babies in these adorable Santa hats with green ears on Facebook they have been shared by thousands of people who cannot get enough of the cuteness.

Caitlin, who works in the mother and baby unit at the University of Pittsburgh Medical Center, said: “I made Santa hats with green ears to represent an alien, out of this world Christmas. Everyone really likes the theme,” according to LadBible.

Briana and Sean McGowan, who’ve just welcomed their son Jackson into the world, said how much they joked about getting their own Baby Yoda after watching the show.

“We’ve been laughing ever since we watched “The Mandalorian” when it came out. [Briana] looked at me and was like, ‘I want one’. I was like, ‘Well, you’re gonna get a baby soon. We’ll try to find a Baby Yoda’.”

As if it was possible to make newborns any cuter, this nurse has a real talent.

Please share to help bring a some cheer to your friends and family and to celebrate this lady’s skill.