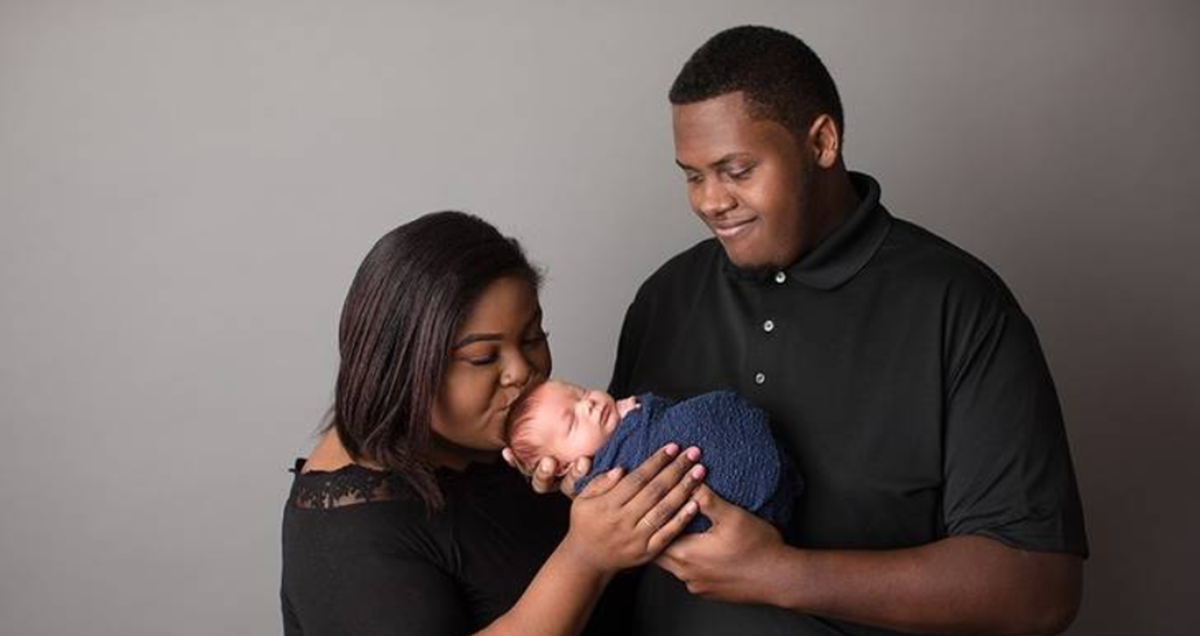 It all started at 10:25 on a Wednesday night. For Sadie Sampson, it had been a very long day. She had worked a full day and then paid a visit to her mother’s house because her brother was in town. You see, her entire family was about to go on a four-day cruise to Mexico, but Sadie wasn’t going. She had just started a new job two weeks before, and her husband, Jarvis, had also started a new job a few weeks before that. So, they were staying behind to work. Sadie had such a long day before heading home that she had completely forgotten to bring her little sister’s life jacket with her. But she wasn’t about to let her sister go on a cruise without a life jacket, so the couple drove an hour home to get it. Her Aunt was going on the cruise as well, so she decided to grab the life jacket and take it to her house instead. She was on her way there when she got a text message from her friend.

“Nope. On my way to take Nevaeh’s life jacket to my Auntie’s house since they leave for the cruise tomorrow,” Sadie replied.

“Of course. But the cost associated is just as much, if not more, than IVF,” Sadie said.

“Well a friend of mine, and her boyfriend are considering foster care or adoption for their son. I told them that I thought you guys would be a great fit,” her friend said.

Sadie and her husband had been trying to conceive for quite some time. She had her IUD taken out in October 2017, and since then, they had been actively trying since right after their wedding in January 2018. They tried everything. Prenatal vitamins, Ovulation tests, fertility monitors, cycle tracking apps, you name it. They even took unsolicited advice from family, friends, and strangers, as well as didn’t try. For 14 months, they prayed and waited. Month after month, they endured negative pregnancy test result after negative result. It seemed like they would need some assistance to conceive a child. They even spoke to their doctors about their options.

“Lose weight, and you’ll get pregnant right away,” said every doctor she saw.

She and her husband talked about it, and they agreed. However, they worried about how they would care for a child for so long and not get attached. But, they prayed and decided that if there was a child who needed them, they wanted to help. So on Friday afternoon, the caseworker called again.

“The birth mom decided she would like you guys to adopt the child instead,” she said.

Suddenly, they went from being childless to the possibility of fostering one, to, “You guys are parents!” overnight. Sadie listened to the caseworker as she spoke, but she was still in disbelief.  After hanging up the phone, Sadie called her husband.

“Wait! REALLY?! I thought they just wanted us to foster him!” he said.

By this point, Sadie was in the front of the elevator at work. She doe doesn’t recall when, but at some point, she slumped down and was sitting in the middle of the floor. She said that so many emotions ran over her so fast. “Holy cow, we need a car seat! We need a crib! We need clothes!! I’m gonna be a mom!!” She thought. Sadie was still grinning from ear to ear, and folks were staring at her because, after all, she was sitting in the middle of the floor in a hospital.

Sadie and her husband spent the weekend trying to play things cool. They didn’t want to get their hopes up just in case the birth parents changed their minds. She called her attorney just in case they needed one to see what the process would be. Her attorney gave her all the information they needed and so Sadie and her husband waited. Monday came, but the couple had not heard anything all day. That is until her phone rang. It was Child Protective Services.

“Hi, we got a call from a birth mother, and they want you and your husband to adopt him. Because they would like to do an independent adoption, the child doesn’t need to come into our custody. They are ready to sign today. How quickly can you get your attorney to draw up the paperwork?” he said.

“Let me call her, and I’ll call you right back,” Sadie replied.

She hung up the phone and dialed her attorney.

“Good morning. The birth parents are wanting to move forward and are ready to sign today. How quickly can you get the paperwork together?” Sadie asked.

“I can have the paperwork drawn up by 9 a.m. tomorrow morning. You’ll need a notary and two witnesses to sign,” she explained.

On her lunch break, Sadie raced over to her mom’s house. They had just returned from the cruise, so she was finally able to share the good news. She walked into the house and screamed, “YOU’RE GOING TO BE A GRANDMA! We got a call about a 2-week-old little boy that we are adopting!” Her mother jumped for joy.

Tuesday came, and the birth parents signed the paperwork. Right after they signed, Sadie and her husband got in their car and headed to the hospital to meet their new son for the very first time. They parked the car and walked into the hospital, where they were greeted by security.

“I need your ID’s please. Where are you folks headed?” he asked. “We’re headed up to the NICU to see our son!” Jarvis said proudly.

Their little guy was born at 33 weeks. Seven weeks early. He was a tiny 4 pounds, 5 ounces. He could literally fit in one of her husband’s hands. They walked into the NICU and were stopped in their tracks. “Please wash your hands and put on a gown,” said the nurse.

Sadie just wanted to hold her baby boy! Once they scrubbed, they were allowed to go into the room where their son awaited them. He was so tiny, swaddled in a white blanket, with pink and blue stripes. The baby had an NG tube coming out of his nose because he could not eat on his own since he was premature. But was he the cutest thing she had ever seen!

The couple went home and posted to social media that they had adopted a baby boy!

Their messages and notifications were flooded.

“What do you need? I have this. I have that. Make a registry!” they said.

So they did. The couple added 72 items. Of those items, 55 were bought within the first three days. According to Sadie, they had “a village of supporters” behind them. Every day from that point on, they were at the hospital. She would go into work from 8-4:30 pm and stay at the hospital until 10 pm. They were there so often that the staff knew them. From the security guard at the front desk to the nurses on the floor. Every single day they spent every second they could with their little guy. One day they came in to visit and noticed a red mark on his face.

The nurse said, “Do you notice anything different?”

“Yeah! What the heck is this mark on his face?!” Sadie demanded. Then it hit me! “HIS FEEDING TUBE IS GONE!” she screamed. “That’s why his face is red! That’s from the tape,” I said.

“Yup! He’s eating well and is able to take all of his feedings by mouth!” the nurse explained.

“He’ll be ready to go home soon. Tomorrow! When you come bring his car seat for the car seat test!” she told the couple.

The next day they brought the car seat. The nurse stopped Sadie at the door and said,  “We need you to watch a CPR video because tomorrow he’s going home!”

Sadie was elated beyond words! They were so excited that they wished that it was already tomorrow. And then, finally, tomorrow came.

They spent the day setting up his crib, hanging clothes, and installing his car seat base in their car, which was now their family car. Then they headed to the hospital to pick up their son. When they got there, the hospital gave them some information about how to care for a newborn and made sure they scheduled a pediatric appointment. “He’s good to go!” they said. Sadie and her husband put their son, who they named Ezra, in his car set, and they headed for the door.

Sadie and Ezra got downstairs to the waiting area and waited for Jarvis to bring the car around. She kept looking at the security guard, half-expecting him to yell out, “CODE PINK!” which at a hospital means that a baby has been illegally taken from the Labor and Delivery area. But, no one even looked their way. So, Sadie and her son got in the car, and the family drove home.

“What are you thinking?” Jarvis asked.

Sadie replied, “I was just thinking about all the stuff we’ve gone through. The infertility struggles. This is the reason nothing was working out for us. God had this as part of his plan from the very beginning and we just didn’t know it yet. Man, I’m glad he knows what we need better than we do.”

Sadie described her feeling at that moment as “not showing, still glowing.” She concluded that:

“Grateful doesn’t even sum up how we feel to have our son. We had one plan and God changed the game completely. We found out about our son when he was 1.5 weeks old. We literally became parents overnight. Families DON’T have to match! They are built on LOVE!”

Please be sure to share this lovely family’s story with your friends and family. 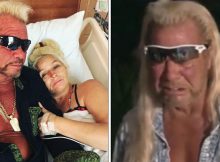 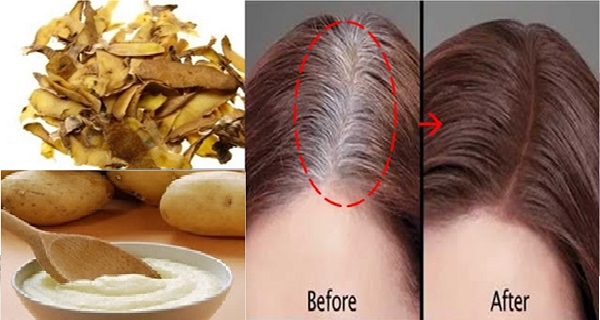 GOODBYE WHITE HAIR! Leave This on Your Hair For 5 Minutes and Say Goodbye to White Hair Forever! Recommended 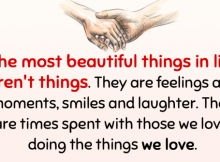 The Most Beautiful Things in Life Aren’t Things. Recommended 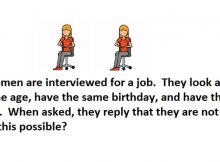 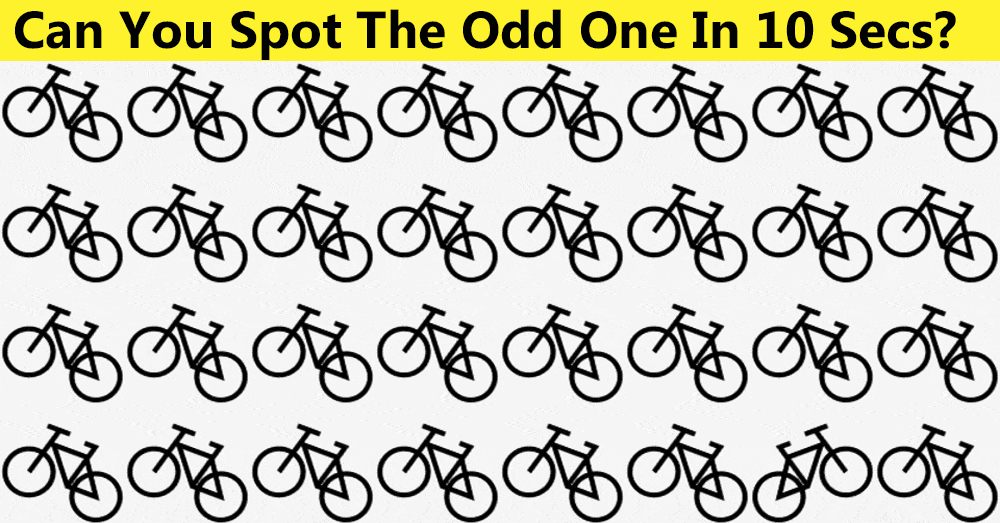 Only 1 In 30 Sharp-Eyed People Can Pass This Odd One Out Test. How About You? Recommended 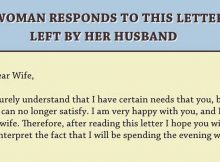 Woman Responds To This Letter Left By Her Husband. Recommended