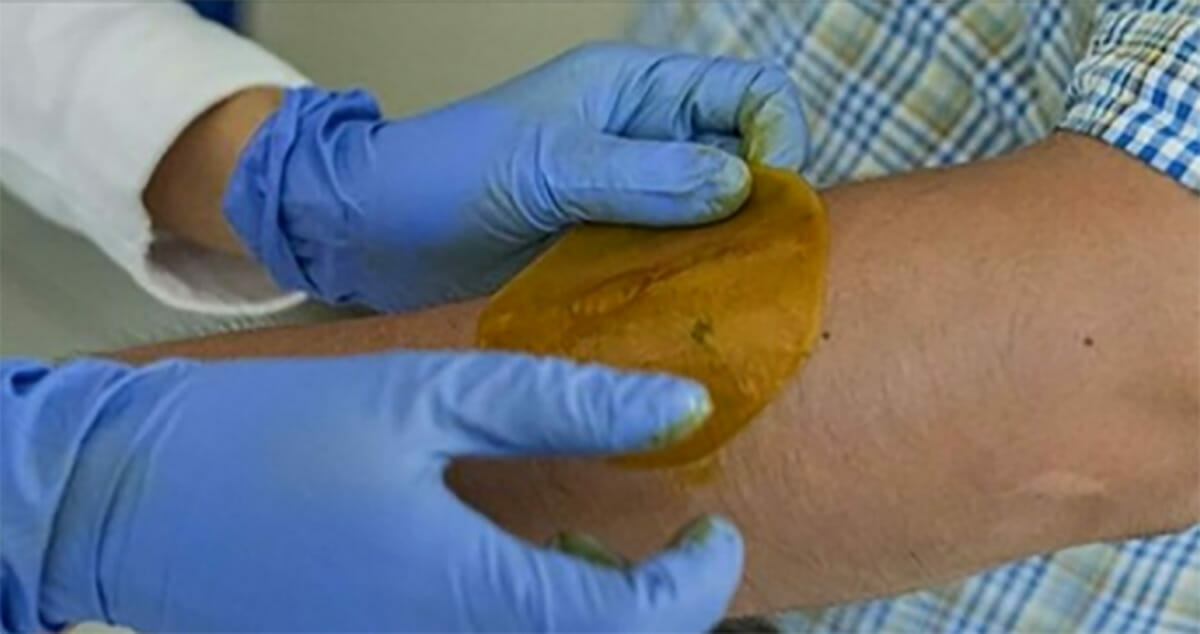 Diabetes is on the rise at a dangerous level with one in 11 people having the condition worldwide.

The disease affects the way your body processes blood sugar and some can develop kidney disease, stroke and heart disease as a result.

Another complication that can occur is lower limb amputation due to nerve damage and circulation. Reduced blood flow to the feet means that people with diabetes have a higher risk of developing a wound or sore on this part of the body, according to Medical News Today.

However, Mexican researchers seem to have found a possible wound treatment in diabetic patients, in the form of a patch with nanofibers for skin regeneration.

As reported by the Mexican newspaper El Universal, the Institute of Materials Research IIM at The National Autonomous University of Mexico, or UNAM, has developed a patch to regenerate the skin of diabetics in around 21 days.

“The patch is made of nanofibers that contain nano and microparticles that have bioactive particles. When it is placed on the damaged tissue it immediately starts to release the active ingredients”, said Maria Concepción Peña Juárez, a postdoctoral researcher at IIM, according to El Universal.

The researchers say that if applied early to an injury, amputations in patients with diabetes can be avoided as it acts quickly and prevents the development of infections.

The patch secured first place in the category of Research Project in the Area of ​​Technological Innovation at UNAM and that the national patent has already been applied for.

Etienne Krug, head of the department fighting diabetes at The World Health Organization WHO, describes it as a silent killer but its “march is relentless.”

More than 100 million Americans have diabetes or prediabetes, a condition that if not treated often leads to type 2 diabetes within five years, according to the CDC.

We hope this new patch will be on the market soon to help all diabetic patients. Please feel free to share this good news with others.

The post New patch invented to help those with diabetes appeared first on Newsner English.