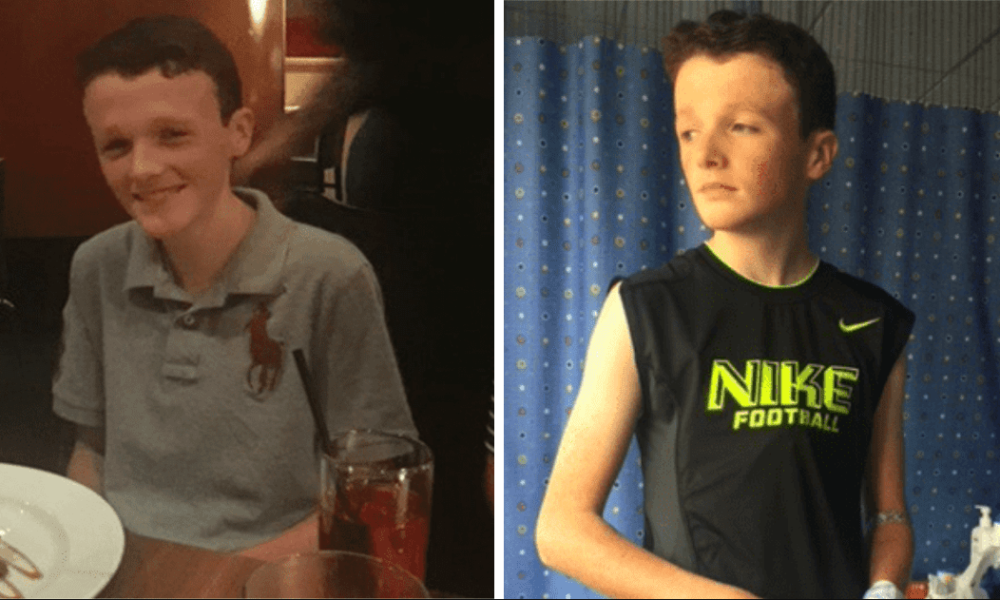 Liam was a typical teenage boy who loved everything soccer and food related.

He would spend time with his friends and ride bikes just like any other boy his age.

So when he told his mom out of the blue that he no longer wanted his cell phone, she started to keep a closer eye on him.

Pretty soon Liam stopped riding his bike to his friend’s house, which led him to stop hanging out with his friends all together.

He stopped carrying his soccer gear everywhere he went.

And even more alarmingly, he went from eating everything in sight to pushing his food around on his plate.

“I was determined to get to the bottom of my son’s sudden and severe dismissal of his former passions, but he was so secretive and closed off,” says his mother Deirdre in an article for The Well.

One day, when he refused to go to school, she sat him down to talk. They were both crying when he shared that he was being bullied at school.

“I asked how often they did this to him. He looked me in the eyes and said, ‘Every day, Mom.’

Deirdre’s heart was breaking. How could these middle school kids be so cruel? Liam shared that the boys bullying him decided that he “sucked” and never should have made the soccer team.

They made nasty remarks, called him names, physically pushed and kicked him, and even told him to kill himself. All of this had been going on for a year.

Relying heavily on faith and family, Deirdre and the family immediately took action and got their son some help.

However, the parents of the bullies refused to take responsibility for their kid’s actions, and the school never held anyone accountable.

Along with the sadness and worry she felt for her son, she was feeling helpless and disappointed.

“I felt like I needed to shout Liam’s story from the rooftops,” Deirdre said. And so she shouted it from the biggest platform she could find: social media.

“The words just fell out of me. It was cathartic. I read it over and over to myself and hit send.” And then the post went viral.

People were commenting on and sharing Liam’s story all over the world.

There was an outpouring of encouragement and shared experiences helping Liam, and his mom, see that he wasn’t the only one going through this.

More than that, people created the hashtag #WeStandWithLiam and made shirts, bumper stickers, ribbons and news stories, all in support of Liam and anti-bullying.

Finally, he was able to see that people were rooting and caring for him, and that was one of the most important aspects of his recovery.

After ten long weeks at an intensive inpatient facility designed to help Liam with his depression and eating disorder and hours of grueling treatment, he was stable enough to go home.

To everyone’s surprise, he went back to his original school and even finished out the soccer season.

Though his parents were nervous for their son on his first day back, it filled Deirdre with pride to see her son walk so confidently through those doors.