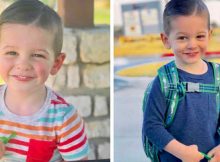 We all want the very best for our children, whether that be in terms of opportunities, safety and security, or just plain good fortune.

This extends to their education too, which naturally covers the teachers they have throughout their young lives and the way they’re moulded – at least academically speaking – for the future.

Some kids can get lucky in this respect, having the benefit of learning from people who are genuinely passionate about helping others and passing on knowledge. A teacher can, of course, play an enormous role in a child’s development, and so it’s often to a parent’s relief when they know their kid has a good one looking out for them.

Stephanie Hanrahan likes to set the bar har when it comes to those who will be teaching her children.

She told Love What Matters: “Here’s the deal: ABC’s and 123’s are secondary to me. What I’m looking for—what I hope my children are the recipients of—is kindness. That’s it. Every day as I send them off into this beautiful but often brutal world, I pray they are the getters and givers of kindness. And so far, our teachers have facilitated that tenfold.”

As a result, she was delighted to find her daughter’s future principal was one who would not only take care of her, but had put in place plans to ensure she would have the best possible chance to develop as she needed.

As Stephanie explained: “I sat in awe listening to the principal explain the plans that are already in place to increase the social/emotional learning for every student.

“My jaw dropped when she mentioned extra recesses, and brain breaks, and quiet corners in the classroom where children can remove themselves if they are overstimulated or stressed.

“I came with concerns, but I left with comfort. Because inside the four walls of that school were people who cared. I could feel it. These children were names to them, not numbers.

Then there’s Stephanie’s son, who also has special needs. When the little boy’s teacher added Stephanie on Facebook, she took the opportunity to do check out the woman’s page.

After scrolling for a while, she came upon a picture of the teacher holding a sign that read:  ‘I said YES!’

Since Stephanie knew the woman was already married, this struck her as passing odd. That was until she read the caption.

“This post, by this one particular hero, was about saying yes to becoming a teacher in an autism specific classroom. She went on to describe this job offer as her ‘dream,’ ‘an answer to prayer.’ I couldn’t stop crying, then and now, because it was in that moment, I realized how lucky we are to have found the right place and people for my son,” Stephanie explained to Love What Matters.

Needless to say, Stephanie was left once again blown away by the dedication and tireless work of a teacher who will be looking after her greatest treasures.

She finished: “I don’t know many people selfless enough to love a child who isn’t their own. To seek their best interest above the easier way. But I know a handful of them now, and I bow down. I can barely handle two children, but a class of twenty? All the praise.

“The truth is, the only reason I can breathe and begin again as a woman is because for a few hours a day these teachers relieve me as a mother. They say, ‘it takes a village,’ and educators are among that. They are doing the hard, often thankless work of molding children, and they are doing it every day without complaint.

“So, to all the teachers out there who graciously give so others can grow. Who see the whole child—not just the missing piece:

“Thank you for saying YES. You are doing the work of the mighty.”

Indeed, we share Stephanie’s sentiment that teachers all over the world deserve more praise than they get.

Share this article if you think teachers should be celebrated for the unselfish, tireless work they do. 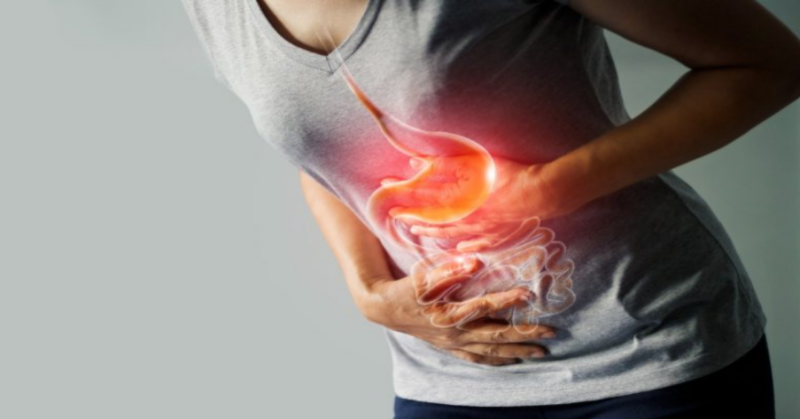 “I always had a swollen stomach, until I learned about my five bad habits causing it” Recommended 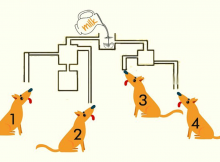 Which Dog Get’s To Drink The Milk First? Recommended 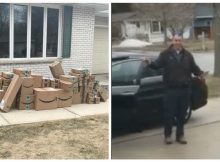 Woman saves up Amazon boxes for six months, then unleashes perfect prank on her husband Recommended 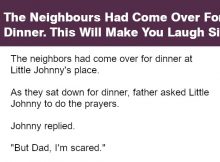 The Neighbours Had Come Over For Dinner. – Recommended 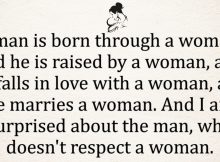 A man is Born Through a Woman Recommended