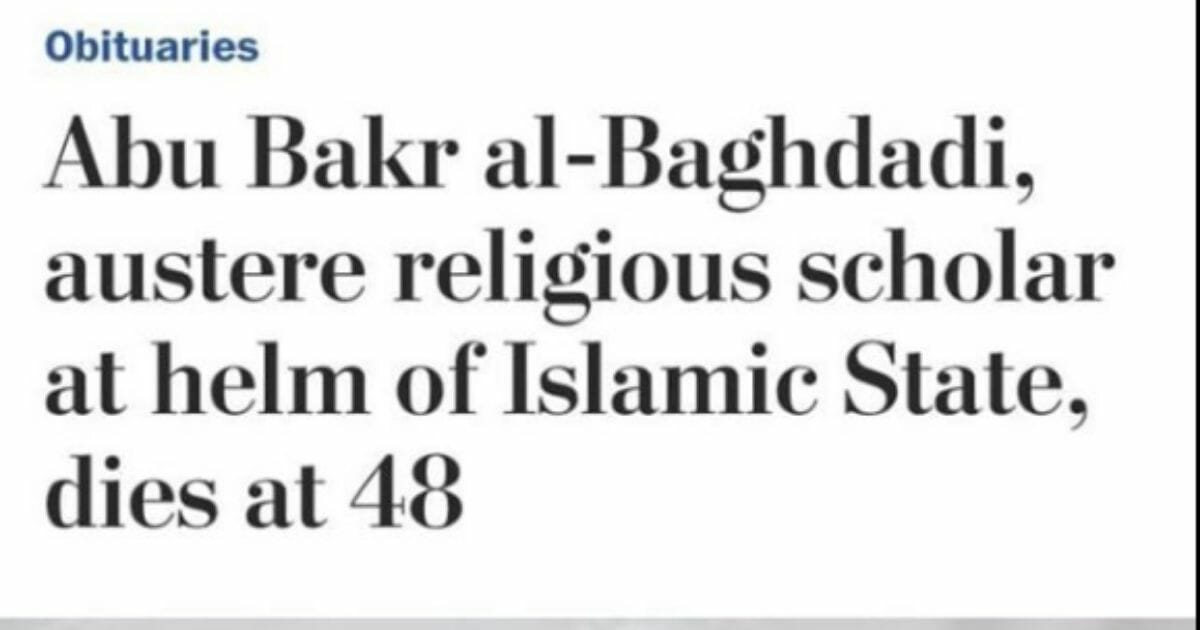 On Saturday night, President Donald Trump sent out a cryptic tweet: “Something very big has just happened!” And this time, it wasn’t just showmanship. We soon learned that something very, very big had happened: The world’s most wanted terrorist and the leader of ISIS since 2010, Abu Bakr al-Baghdadi, was dead after U.S. Special Forces…