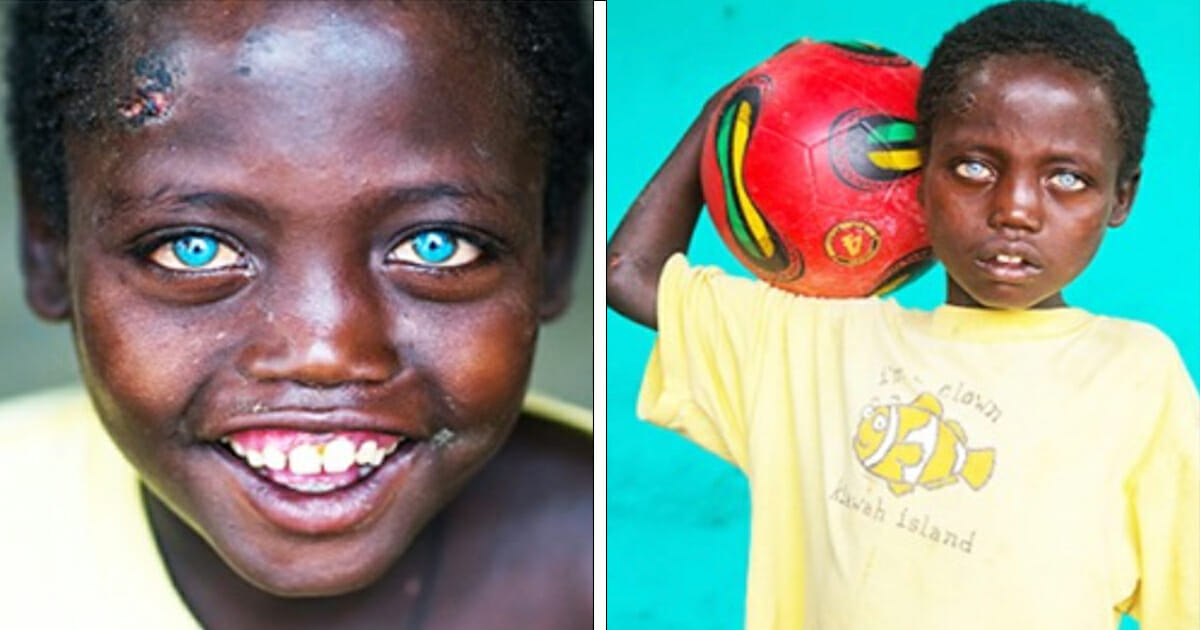 All of God’s children are beautiful, all of them are equally blessed. That doesn’t mean that some, however, don’t stand out from the crowd.

A young Ethiopian boy is drawing the attention of the internet and capturing the imagination of the world … all because of the color of his eyes. Young Abushe, from Jinka, southern Ethiopia, was born with a condition known as Waardenburg syndrome, a melanin gene mutation affecting pigment in the development of eye color.

In fact, Abushe’s condition is so rare that is only effects an estimated 1 in 40,000 people, as per the United States National Library of Medicine.

According to sources, Abushe’s parents were worried that he might be blind when they first saw his eyes. Due to lack of funds, however, they couldn’t get him diagnosed or treated.

It was later on that his mom and dad came to the understanding that Abushe’s condition must instead be a gift from God.

French photographer Eric Lafforgue met Abushe in early 2016, when the boy was living with his grandparents in a hut made of hatch and wood. Unfortunately, a fire broke out, destroying the home and leaving the boy with a scar on his forehead.

He was able to salvage one thing from the blaze, though: a red soccer ball that became his world. It’s Abushe’s dream to play football for a living one day; he’s not letting anything hold him back!

Sadly, Abushe is often bullied by his peers, who don’t fully understand the nature of his condition. The boy is labelled “plastic eyes” and “monster” by some, while others physically hit him.

Even so, he’s certainly made a splash on the international scene, and he hasn’t been forgotten. Lafforgue shared an image of Abushe in February, 2019, writing: “No one would pay any attention to Abushe, but if you catch a glimpse of his eyes, their incredible magnetic colour will stop you in your tracks.”

The picture has over 6,000 likes on Instagram, with commenters quick to tell Abushe how beautiful he really is.

We think Abushe’s eyes are a true gift! Just look at how beautiful they are.

Share this article if you think Abushe’s eyes are wonderful.