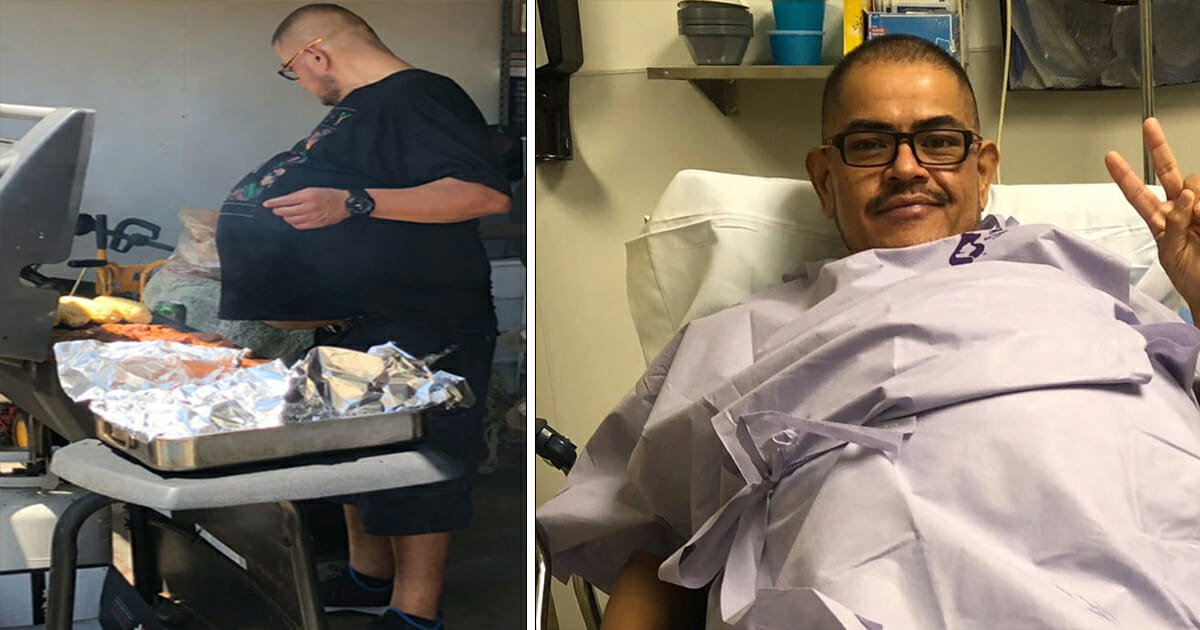 My mom used to say some people are just born with bigger bones. Whilst that’s not necessarily scientifically true, the fact that some people are naturally a little heftier than others is genuine.

Hector Hernandez is the first to admit he’s always been a guy on the larger size, though it never really bothered him.

That changed when he began to notice the majority of his body was getting smaller while his stomach seemed to be getting larger by the day. He had developed what’s known in certain circles as a “beer belly”, despite not drinking beer.

As a result of his new belly, his friends began to tease him and Hector says strangers would sometimes stare.

Accompanying this, however, were other, perhaps more worrying, symptoms. Weighing 300 lbs, Hector began to experience heartburn, constipation, and shortness of breath. A physician told him that some people just carry weight differently to others, but Hector wasn’t convinced.

In a bid to ease his anxiety, he sought a second opinion. His stomach was hard to the touch, and he suspected not all was as it seemed.

He turned out to be perfectly right. Hector was diagnosed with retroperitoneal liposarcoma, a rare but cancerous tumor that forms in fat cells. By the time of the diagnosis, the tumor weighed 77 lbs.

Needless to say, Hector was stunned.

“I had a lot of support and prayers from family and friends,” he said. “I finally left it in God’s hands.”

William Tseng, surgical oncologist and assistant professor at the Keck School of Medicine at the University of Southern California, was the surgeon who operated on Hernandez’s tumor. He said it was the largest he’s ever removed.

Fortunately, Hector’s six-hour surgery went according to plan; it was a total success. His organs and vessels were spared, though one kidney had to be removed after suffering some damage.

Hector will now be monitored incase the cancer returned, but he said after the operation that he feels “totally different” now.

I can only imagine the worry and stress Hector went through. Thanks God he went for a second opinion and was able to get a proper diagnosis.

Share this article if you want to wish Hector well with his recovery in the future.

The post Man teased for ‘Beer Belly’ and turned away by physician – second doctor confirms he has 77-pound tumor appeared first on Newsner English.