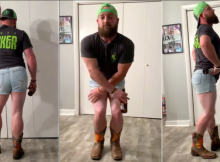 People from across the country have been throwing on their dancing shoes and participating in “The Git Up Challenge.”

But one Tennessee man took it to a whole other level – all with a pair of short shorts and his epic twerking skills.

Get ready for a sizzling submission that has viewers busting at the seams with laughter.

Who knows, he may have you rising from your chair to boogie along with him!

It’s a picture that may stay with you for a while.

Bryan Franklin seems like an outdoorsy kind of guy with his bushy beard and fishing t-shirt on.

He’s also not afraid to show the world that he’s a great dancer too (at least for a challenge anyway!).

After being summoned to create his own video, Bryan grabbed his sweetheart’s shorts, an empty bottle, his cowboy boots, and of course – “The Git Up” track.

Everybody’s been gettin’ down to Blanco Brown’s country-rap “The Git Up.”

It’s no wonder why the internet’s in love with this dance challenge. Not only is the song catchy and unique, but it has its own fun steps that anyone could learn (think of line dancing).

After Brown released the song (along with a YouTube tutorial), the challenge soon surfaced and people couldn’t resist.

We’ve seen moms and dads, newlyweds, and even police officers join in on the craze.

Did someone order up some legs?

It takes a lot of confidence for anyone to throw on a pair of hotpants.

On the other hand, if you got nice legs, might as well flaunt ’em!

Bryan too decided to flaunt his like nobody’s business.

It’s impossible to keep a straight face as he cowboy boogies, dips, sips, and swivels his hips.

There’s no question Bryan knows his “Git Up” steps.

Yet, when combined with probably the best…outfit…ever – you just hope they’re giving out some sort of internet prize.

Oh, but this Tennessee dancing king has a special move. Just wait until he fully turns his back to the camera.

Turns out he’s far from a one-trick pony though. Brian’s actually a really talented singer with tons of performances posted on social media.

As we know, there are “Git Up” submissions of all kinds floating around the internet.

If you have a sense of humor and an appreciation for a man’s confidence – then this one might be your new favorite.

In fact, it’s been watched more than 595,000 times on YouTube alone. Not too bad, eh? Actually, even a famous celebrity tweeted about Bryan’s performance.

By no surprise, his video has gathered numerous comments too.

Scrolling through them there’s no question that he’s brightened a lot of people’s days by dancing in his wife’s shorts.

“He’s just having some fun and being goofy!”

As for what some other people had to say? One person wrote:

“OMG!!! THAT TWERK WAS BETTER THAN SOME GIRLS.!!! Those shorts were pretty good too.”

Oh my goodness! What an absolutely awesome video! I smiled and laughed, from beginning to end! I will never forget this one”

“Thank you so much for sharing! Nothing better than a man who can dance and has a great sense of humor!”

You can watch Bryan do “The Git Up” (and some amazing twerking) below! 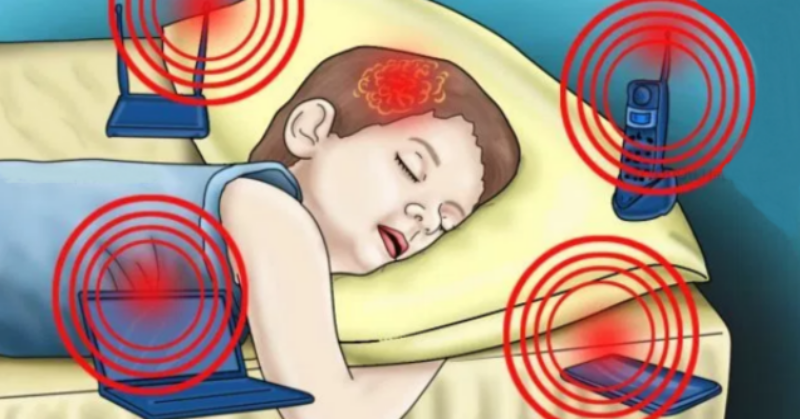 Believe it or not, the Wi-Fi enabled devices in your home are slowly p.o.i.s.o.n.i.n.g you Recommended 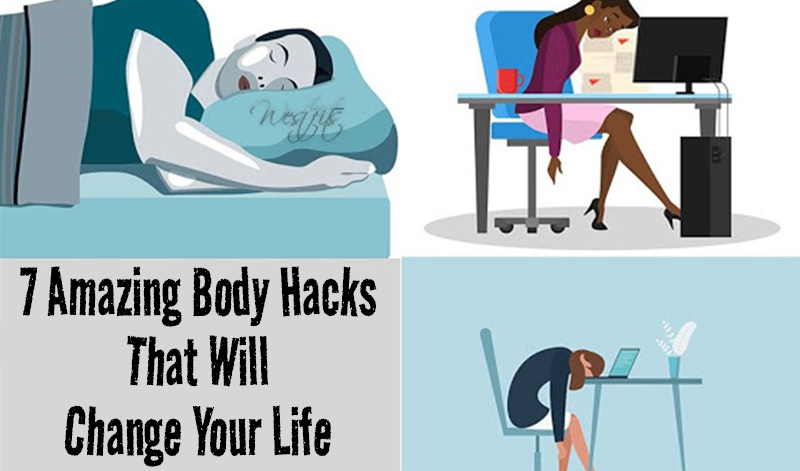 6 Amazing Body Hacks That Will Change Your Life Recommended 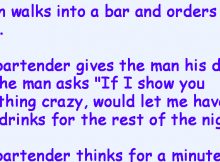 A Man Walks Into A Bar Recommended 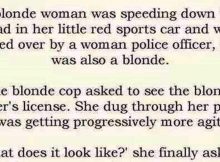 A Blonde Woman Was Pulled Over In A Sports Car. Recommended 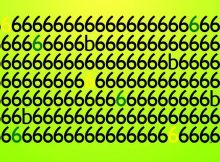 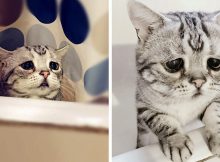 Meet Luhu, the saddest cat in the world Recommended