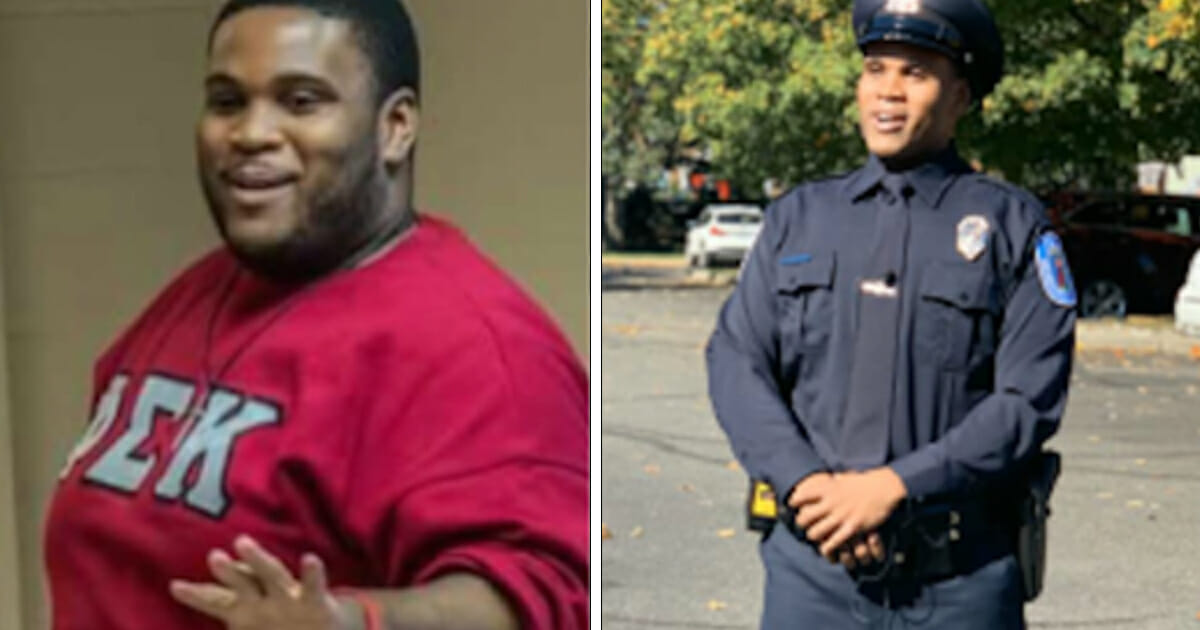 We all have dreams and goals in life. The big question is whether we have the drive and determination to pursue them to the bitter end, no matter what stands in our way.

For Romar Lyle, that dream was working in law enforcement. It’s something he had a burning passion to do. The issue was that he needed to lose weight … a whole lot of it.

According to reports, Lyle got a degree in investigative forensics. When he graduated he weighed around 400 lbs, and struggled to find work as a result.

He knew he had no choice but to make some serious life changes. Despite being fully aware that the road would be long and extremely tough, that’s exactly what he did.

Lyle took up training and began to eat healthy. He lost most of the weight by doing CrossFit, losing a total of 176 lbs in a bid to become a police officer.

“Don’t quit on yourself,” he said. “Know that if you really want to do something, just set your heart to it.

“Surround yourself with people who will support you in those goals.”

Well done, Romar! And a huge good luck as you begin your field training.

Share this article to wish Romar well, and to show others that with determination and heart, anything is possible.

The post Man loses 176 lbs in order to become police officer – let’s hear it for him appeared first on Newsner English.