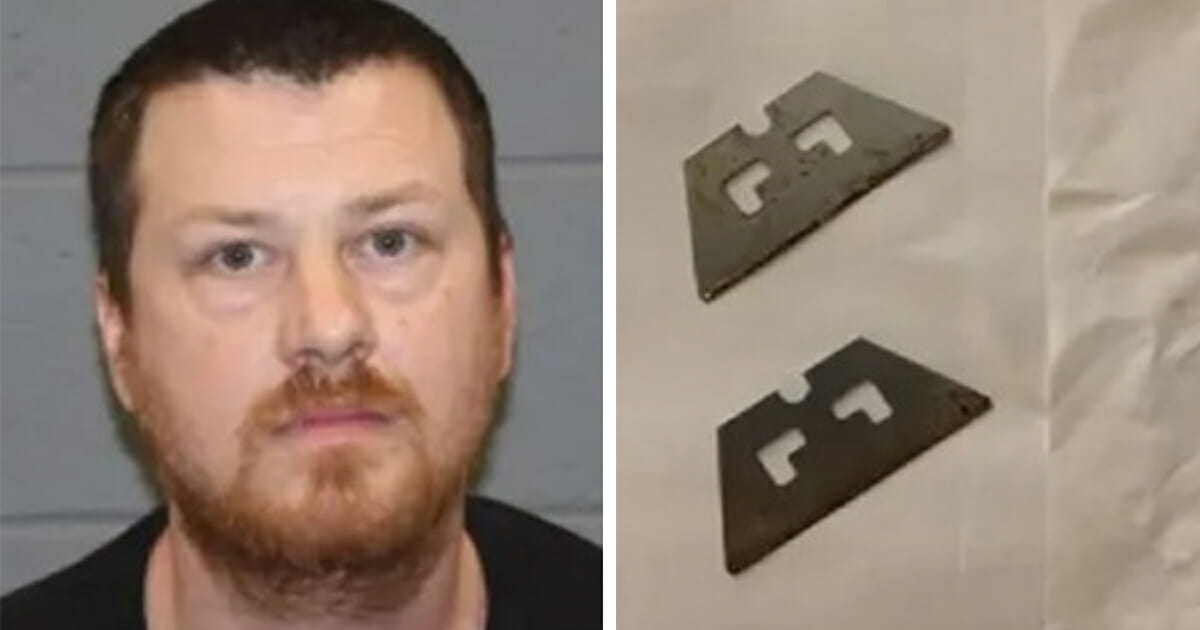 Despite wanting to believe that there’s good in every human, more and more am I convinced that the evil forces in this world are winning the race.

Stories like this one, involving a Connecticut man arrested for spiking children’s trick-or-treat snacks with razors, only serve to further convince me of that fact.

As per reports, Jason Racz was arrested on Thursday following multiple complaints from parents of children who had found razor blades in their candy baskets.

One of the mothers who made the discovery, Shakira Santiago, posted to Facebook to warn others. “Wow Parents BEWARE! WATERBURY Hopeville neighborhood!!. Found two razors in my sons basket. I feel like going back to each house we went to, wasn’t many either.”

She continued: “Lucky he didn’t cut his finger and I checked everything. People are so malicious.”

WKRG say no one was injured as a result of the razors, but that’s not to say the community hasn’t been left enraged.

Upon his arrest, 37-year-old Racz is reported to have told police the blades had accidentally spilled into the candy bowl he was using. Upon investigating, police determined a three-year-old child had access to the sweets at Racz’s home, though they haven’t yet concluded whether the toddler was to blame.

Racz has been subsequently charged with risk of injury to a minor, reckless endangerment and interfering with a police officer. He has an arraignment hearing pending and is being hold on a bond of $250,000.

Wow! I hope to God this was just a seriously ill coincidence, and that no one actually intended for children to get razor blades in their candy.