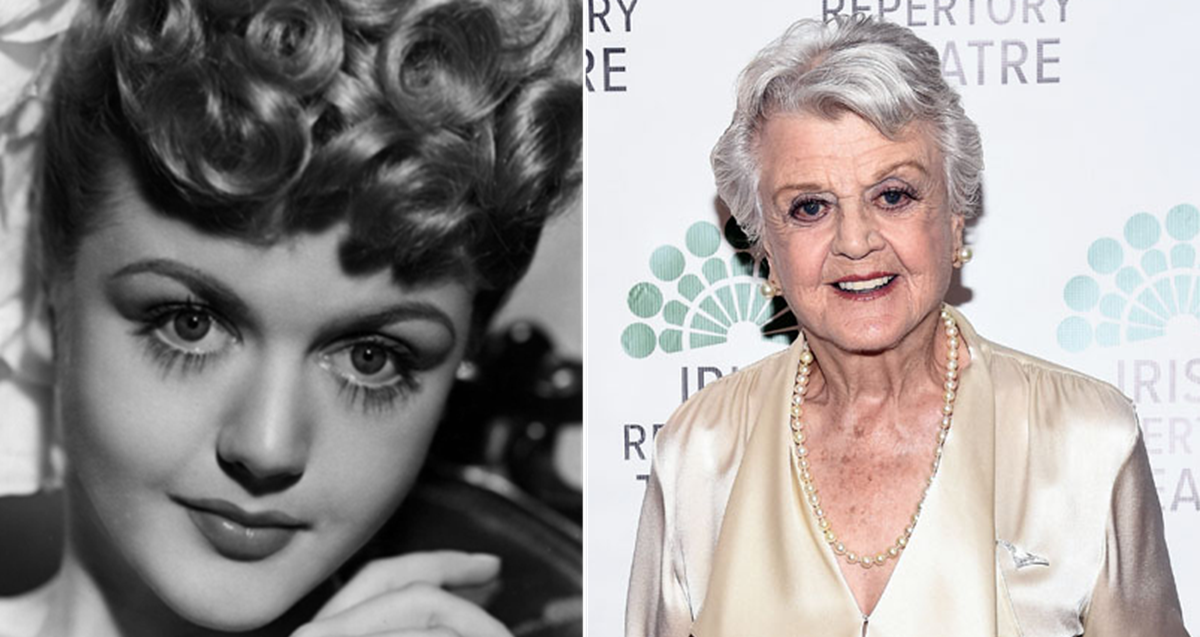 They certainly don’t make them like they used to, do they? I mean, there’s just something about the shows and films of yesteryear that feels so iconic and classic. The same goes for the stars who brought them to life with their one-of-a-kind talents. Fortunately, there are still a few of those legendary entertainers from the golden age still here with us, including the great Angela Lansbury, an inarguable icon of both stage and screen. From Beauty and the Beast to Sweeny Todd to Murder, She Wrote, Lansbury’s legacy transcends the decades as she’s become a favorite for audiences of all ages.

Lansbury was born on October 16, 1925, in London. She achieved success very early in her career as she made her film debut at age 18 in 1944’s classic film Gaslight starring Ingrid Bergman. Incredibly, she was nominated for an Oscar for her very first role! That’s just unheard of folks!  During this time, she also appeared in National Velvet and The Picture of Dorian Gray, a role that earned her a second Oscar nomination. Under her contract with MGM, Lansbury was only considered a “B-list” actress, but still had many memorable big-screen roles, including headlining the 1971 Disney Musical Bedknobs and Broomsticks.

But perhaps her most acclaimed dramatic role was in the classic 1962 thriller, The Manchurian Candidate, which earned her yet another Oscar nomination.

Posted by The Golden Age of Hollywood on Saturday, March 11, 2017

However, it was on the stage where Lansbury really came alive.

She turned to musical theater in the 1960s, originating the title role in the hit musical Mame while receiving rave reviews for her performance. This earned her her first Tony Award for Best Actress in a Musical.

She would go on to earn four more Tony Awards over the decades, making her one of the most decorated ladies in stage history.

Of all her iconic stage roles, she may best be remembered for her creation of the mad pie-baking Mrs. Lovett in the original Broadway production of Sweeney Todd: The Demon Barber of Fleet Street. Many actresses have since taken over the iconic music theater role throughout the decades, but Lansbury’s portrayal remains the gold standard.

Angela Lansbury as Mrs Lovett in Stephen Sondheim and Hugh Wheeler’s SWEENEY TODD, directed by Harold Prince, at the Uris Theatre in 1979.

Posted by TheaterMania on Friday, October 16, 2015

But of course, Lansbury is best known to a generation of television viewers as Jessica Fletcher in Murder She Wrote.

Lansbury was responsible for making the detective series one of the most successful and long-running television shows of all time for over 12 seasons. She’s received 12 nominations for Best Actress in a drama series, which is a record for that category.

The show is still airing in reruns all over the world, earning new generations of fans year after year.

“She’s a character known worldwide,” Lansbury told Parade of her role in the series. “She speaks every language; she’s in every country. She seems to be a universal woman that the world really likes, accepts and recognizes me for. That, I would say, was my most far-reaching role in my theatrical life.”

And of course, to a younger audience, her voice is forever linked to the Beauty and the Beast, in which Lansbury voiced Mrs. Potts, providing the soundtrack to one of the most famous scenes in Disney’s history.

Incredibly, Lansbury proves she’s still got it, even in her 90s.

Lansbury continues to make appearances on screen. Recently she made a  memorable appearance at the end of 2018’s Mary Poppins Returns.

Posted by The Greatest Actresses Of Classic Cinema on Sunday, May 1, 2016

Here’s a video of one of her colleagues, Leslie Easterbrook talking about what it was like to work with her.

Let’s all be sure to wish Angela Lansbury a very-happy belated birthday!  Please be sure to share this story with your friends and family.