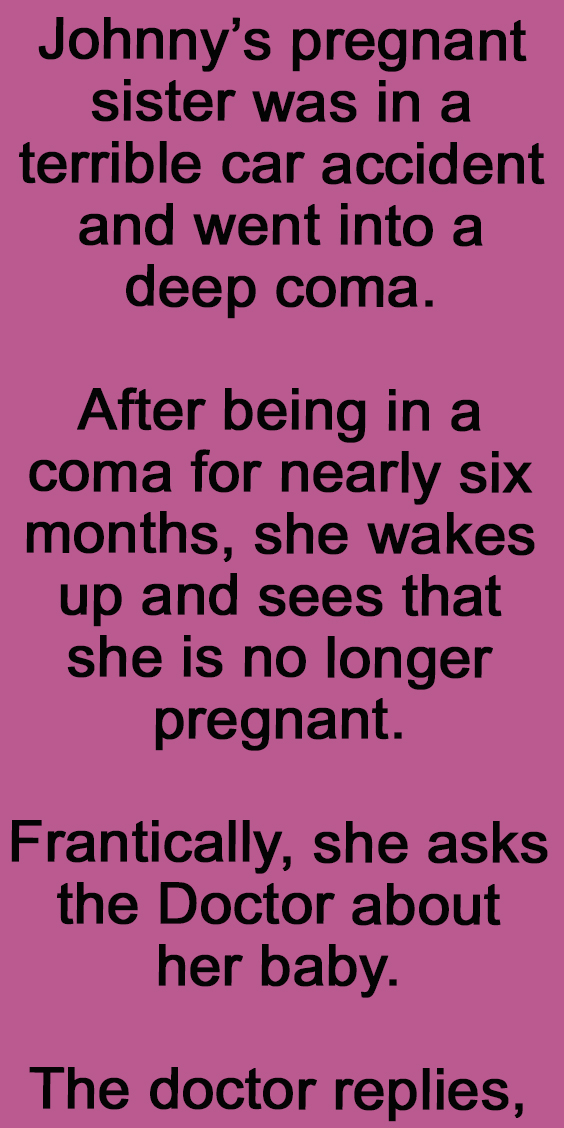 Johnny’s Pregnant Sister Was In A Terrible Car Accident. –

Johnny’s pregnant sister was in a terrible car accident and went into a deep coma.

After being in a coma for nearly six months, she wakes up and sees that she is no longer pregnant.

Frantically, she asks the Doctor about her baby.

” Madam, you had twins…. a boy and a girl. The babies are fine, however, they were not the best at birth and had to be Christened immediately, so your brother Johnny came in and named them”.

The woman thinks to herself,

Expecting the worst, she asks the doctor,’ Well, what’s my daughter’s name?”.

The new mother is somewhat relieved,

“Wow, that’s a beautiful name, I guess I was wrong about my brother’, she thought….”I really like Denise “.

“What name did he give my son?”