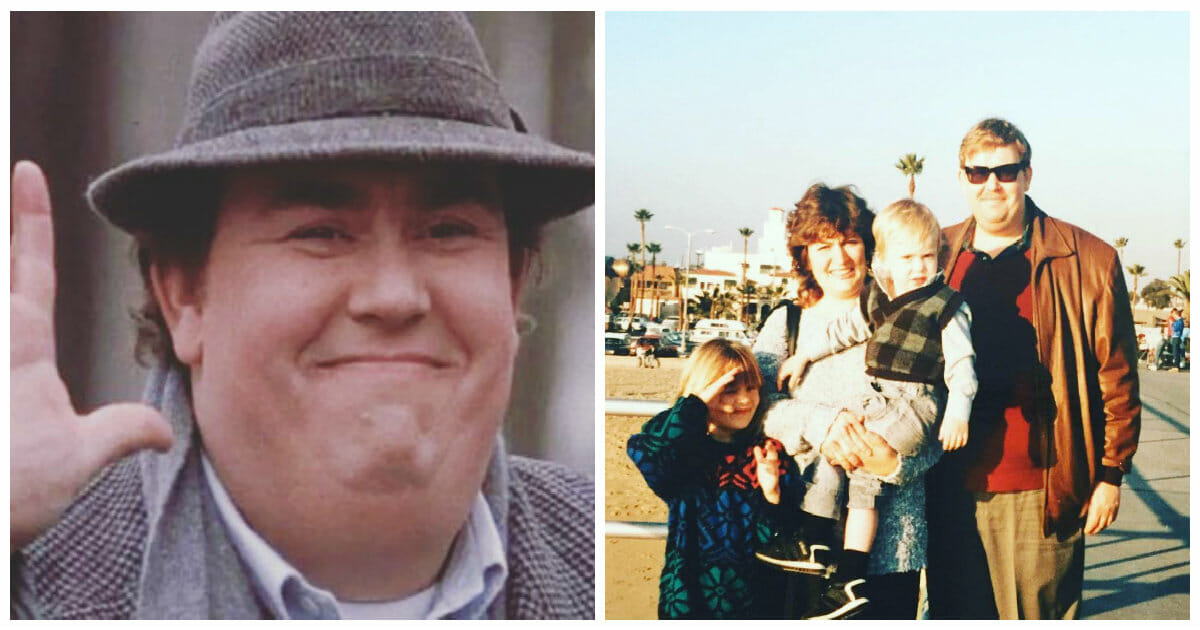 Any movie fan who loves to laugh has great memories of John Candy. A comedy star throughout the 70s and 80s, Candy was at the heart of beloved comedies like Stripes, Uncle Buck, Plains, Trains and Automobiles, Spaceballs and Home Alone.

Sadly, he was taken from us far too soon: Candy died of a heart attack in March 1994. But his legacy lives on, both through his enduring films and in the memories of those who knew him. Today, October 31, would’ve been his 69th birthday.

In an interview, two of the people who knew him best shared their memories of John Candy: his two children Jennifer and Christopher.

Speaking to the Hollywood Reporter in October 2016, both could vividly remember where they were on the dark day their father passed: “I was 9. It was a Friday,” Chris said.

“I remember talking to him the night before he passed away and he said, ‘I love you and goodnight.’ And I will always remember that.”

“I remember my dad the night before,” recalled Jen. “I was studying for a vocabulary test. I was 14. He had just come home for my 14th birthday, which is Feb. 3. So I was talking to him on the phone, and, I hate this, but I was slightly distant because I was studying.”

Candy’s death was a shock to fans around the world, but it was nothing compared to how his children felt when they got the news in school.

“Someone says, I don’t remember who, ‘Your dad has passed away,’” Jen recalled.

“And we just erupted into tears,” Chris added.

Over 20 years later, his kids carry on his legacy, praising their father for not just his comedic genius but for his kind and charitable personality. They recalled how he always brought rescue animals home (despite their mother being allergic) and working with groups like Make-a-Wish.

“He was constantly working with some sort of charity,” Jen said. “He liked to make people laugh and feel good. And with certain kinds of charity work, especially with kids, he could do that, and that made him feel good.”

Now as adults, Jen and Chris are both working actors now, following in their father’s footsteps, though they were big shoes to fill.

“He was an amazing talent, an amazing force,” Chris told the Hollywood Reporter. “He was on this planet to do a lot, and he did do a lot.”

He says that his father excelled at playing lovable characters.

“I think that’s what draws people into a lot of those characters, you felt for them,” Chris says. “And that is something he came into the world with, that vulnerability.”

Candy’s children are far from the only people who continue to look up to the comedy icon.

In March, on the anniversary of Candy’s passing, actor Ryan Reynolds posted a tribute to the “comedic genius and Canadian hero.”

“If you haven’t seen much of his work, take a look at his films,” Reynolds wrote. “He was a treasure.”

Today, more and more people are discovering Candy’s brilliance through his classic films. But even his kids are always learning new things about their father and his life, which helps them still feel close to him even 25 years later.

We still miss the great John Candy! Share this story and tell us your favorite of his roles!

The post John Candy’s children share memories of the late comedy legend in honor of his birthday appeared first on Newsner English.