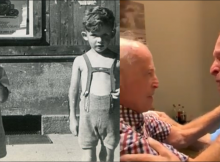 Be sure to reach the end of this article to see the full video.

These cousins fled persecution from the Nazis in World War Two.

For over 75 years, both believed the other to be dead. And then they found each other.

If humanity is not careful, the horrors of the holocaust could be forgotten.

It was the worst atrocity in the history of the world. Hopefully, nothing like it will ever happen again.

Even over 70 years later, some people are still living with the trauma of the holocaust.

This story shows how two family members and friends were robbed of so many years together.

Morris Sana and Simon Mairowitz were both born into the same Jewish family in Romania in the early 1930s. Both of their mothers were sisters, making them cousins.

These were difficult times for Europe, but Morris and Simon had a happy childhood.

Together, they became best friends. At the time, they thought that they would grow up together and know each other for the rest of their lives.

But then, in 1940, Nazi Germany took over vast swathes of Europe. The Romanian government allied itself with Nazi Germany.

Morris and Simon’s family panicked. Even though the holocaust was not yet underway, every Jewish person in Romania was suddenly in grave danger, and they knew it.

In the panic after the alliance of Romania and Germany, Morris’s parents and Simon’s parents spared no time in fleeing the country.

They didn’t have time to say goodbye or tell each other of their plans for escape.

Shortly after both sides of the family escaped, the Nazis started rounding up the Romanian Jews and sending them to ghettos.

Morris and Simon both assumed that the other side of their family had not made it out in time.

For years, the two cousins, and their parents, mourned each other’s loss, not knowing that they had all made it out in time.

Years and years later, Morris’s daughter decided to research her family. She wanted to know if any of her father’s relatives were lucky enough to have escaped the horrors of World War Two.

At first, Morris discouraged his daughter. Even decades later, he was still so strongly saddened by his loss.

He was convinced that any research would just uncover evidence of his family’s suffering.

But after contacting several people, Morris’s daughter made an incredible discovery.

She was able to get into contact with Simon’s children.

They confirmed that Simon was alive, but like Morris, he had never wanted to search for Morris, because he assumed that it would have revealed only suffering and untimely death.

In no time at all, Simon and his family had booked a flight from Britain to Israel.

On the flight, Simon couldn’t hold on to his excitement. After all of these years, he would see his best friend once more.

Luckily, Morris’s grandaughter was recording when Morris and Simon finally met again. And the moment is incredibly heartwarming.

The two long lost relatives hug and cry, so happy to have found each other.

“Seventy-five years you waited. It’s a long time, but we’ve got each other now,” Morris says.

The cousins and best friends were clearly over the moon to be back together.

But the moment was bittersweet. The evil of the Nazis tore these two apart for over 70 years, and they can never have that time back.

Hopefully, Morris and Simon still have many years left to rekindle their friendship. 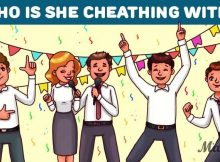 Can You Figure Out Who Her Secret Lover Is? Most People Don’t See The Hidden Clue! Recommended

A Policeman Pulls A Farmer Over For Speeding. – Recommended 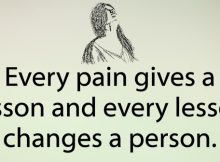 Every pain gives a lesson Recommended 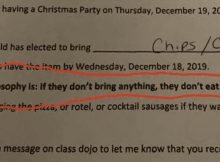 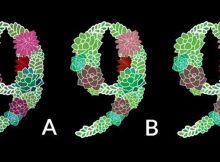