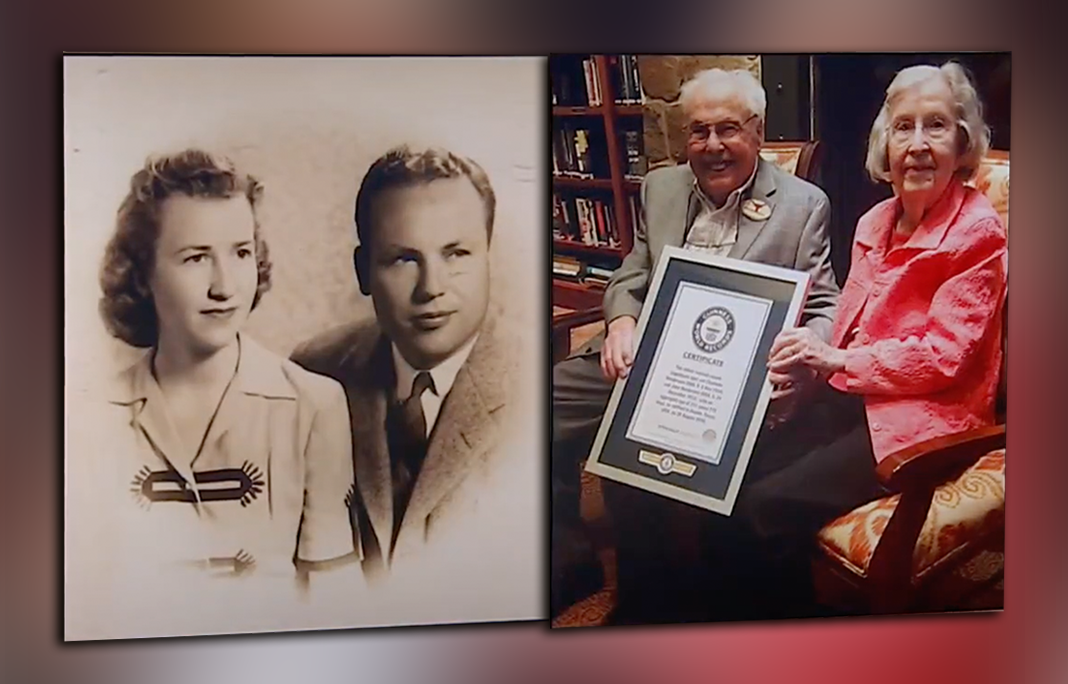 Life is sweet is Austin, Texas, for John and Charlotte Henderson. They recently were named the world’s oldest living married couple in the Guinness World Records.

More and more people are becoming centenarians every year. However, this couple is a rare breed: married centenarians.

They will celebrate their 80th wedding anniversary on December 15, married on that day in 1939. Adding up John’s age of 106 with Charlotte’s age of 105, that makes a combined age of 211 years!

Congratulations to the Hendersons for making the Guinness World Record for Oldest Married Couple (aggregate age)! They celebrate their 80th wedding anniversary this year.

When first married, they paid only $7 for their hotel room on their honeymoon. That was during the Great Depression.

The couple met at the University of Texas while attending class in 1934. John would pick up Charlotte his ”little Roadster” and take her to class every morning. Five years later, they were married and have been ever since.

Charlotte was studying to be a teacher while John was a Longhorn football player. Today, he’s the oldest living former football player from the school. Back then, they wore leather instead of heavy reinforced helmets.

“The game today is so different from when I played,” he said. “Not like these hard hats that they wear today.”

The Hendersons have enjoyed UT football every year as season ticket holders, attending at least one game a season. Today they live at Longhorn Village, a retirement community where many university staff and alumni live.

When KXAN News asked John how it felt to be the record holder for oldest married couple in Guinness Book of World Records, John said:

“Overwhelming. Actually, we never thought anything like this could come true.”

Secrets to a long married life

John attributes his longevity to his regular exercise at the gym for 20 to 30 minutes.

“Take every day in stride. Try to make tomorrow a better day than today.”

Charlotte told USA Today that being married to John may have helped them live over 100 years old.

“We had such a good time when John retired. We traveled a lot,” she said. “We just stay busy all the time, and I’m sure that helps.”

Does marriage help you live longer? Well, according to the founding director of the Max Planck International Research Network on Aging:

“Especially if you’re quite old, it’s very helpful to have a spouse. If you’re very old and don’t have a spouse, the chance of death is higher,” said James Vaupel.

This record-holding couple enjoys living life in moderation and tries always to remain cordial to each other. Share this story to help celebrate the news of their incredibly successful and longevous marriage and upcoming anniversary!

See the couple share their tips for a long healthy life below from KHON2 News:

The post Husband and wife become the world’s oldest married couple – let’s congratulate them appeared first on So Share This!.