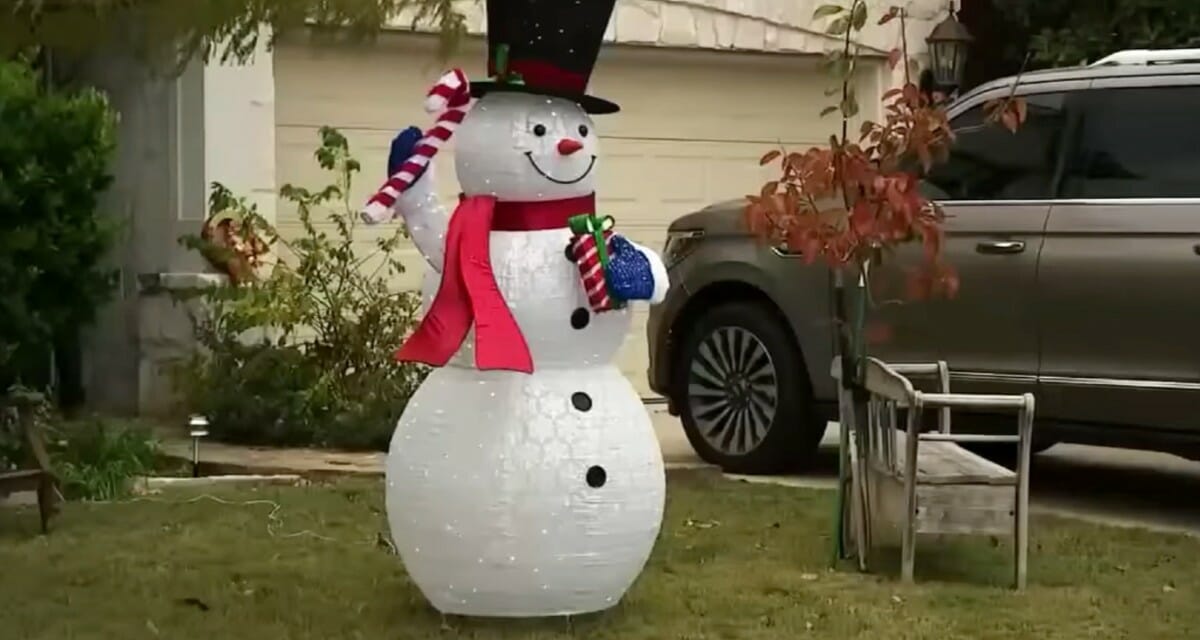 How soon is too soon to decorate for Christmas? A recent study suggests that the earlier you decorate for the holiday season the better it is for your health.

But one neighborhood in Texas recently told residents to put the brakes on their holiday cheer.

As soon as Halloween was over, Nick and his wife, Claudia, set up their Christmas decorations. They placed a snowman, a few reindeer, and an inflatable helicopter and Santa on their front yard.

While they loved the decorations and their neighbors didn’t have a problem with their early start to the holiday season, their homeowners association had an issue.

On November 4, the couple received a letter from their HOA informing them that their decorations must come down “until closer to the holiday season.”

“I just found it crazy.” Claudia said. “Especially that they didn’t give us a time. Like, when is the right time to put it?”

Despite the letter from his HOA, Nick said he and his wife don’t plan on taking their decorations down.

“It’s the Christmas spirit. We’re not going to be forced by the HOA to take it down.”

Not only are the holidays quickly approaching, but Claudia is eight months pregnant and her due date is December 25 and the couple still wants to be able to celebrate.

“I feel kind of heavy, so the earlier we can put out the decorations, the better,” Claudia said. “Because probably in two more weeks, I’m not going to be able to build all this.”

Their neighbors don’t think they should take the decorations either.

Minton has joined his neighbors and placed a few Christmas decorations in his yard as well.

Do you think it’s too early to put up Christmas decorations? Let us know in the comments on Facebook.

The post HOA tells family to remove Christmas decorations ‘until closer to the holiday season’ appeared first on Newsner English.