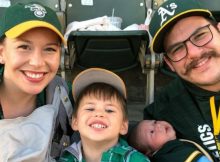 In November 2017, Mark Poss witnessed a couple attempting to move their stranded car off the highway in Sacramento around 2:30 a.m. He stopped his vehicle and helped, but moments later a suspected drunk driver slammed in Poss and the driver of the other vehicle.

The 29-year-old’s legs were severed immediately. He was rushed to the hospital where he spent several weeks recovering. He spent even longer recovering at home.

While learning to live life as a double amputee has been a challenge, he’s had even more of a challenge dealing with his insurance company.

“I just don’t understand how anyone could possibly contest that I need a wheelchair.”

On Wednesday, the now 30-year-old shared a post on Facebook expressing his frustration with his health insurance, UnitedHealthcare.

For the second time UnitedHealthcare said they would not cover a wheelchair. “I was told [the first denial] wasn’t based on anything besides the way the claim was submitted,” he told BuzzFeed News. “This was the second time I’ve gone through this process, and they denied me again.”

“I just don’t understand how anyone could possibly contest that I need a wheelchair. Yet, here we are,” he wrote. “Apparently the fact that I have prosthetic legs means I have no need for a wheelchair.”

Mark currently walks with prosthetic legs and uses a loaner wheelchair, but having his own would greatly improve his quality of life.

According to Mark, all he’s asked for is an “everyday wheelchair” that costs around $2,000, but a UnitedHealthcare rejection letter claims that Mark’s “doctor has requested a special wheelchair…[which] appears to exceed your needs and therefore, your coverage.”

Throughout the letter the wheelchair was referred to as an “ultralightweight wheelchair.”

After receiving his second rejection letter, he contacted the insurance company and each representative he spoke to sounded shocked that his claim had been denied.

In an email, UnitedHealthcare told BuzzFeed News that they would work with Mark to find a solution.

“If he’s not getting what he needs, he’s not going to be given the quality of life that he deserves,” his wife, Sarah, said.

While it’s frustratingly heartbreaking that Mark has been denied twice by his insurance, I hope now that his story is receiving attention in the media that UnitedHealthcare rethinks their decision.

Share this if you think Mark’s insurance should pay for his wheelchair. 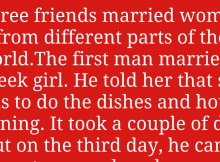 Don’t Mess With the Wife From Texas Recommended 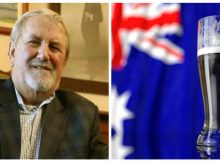 Australian bushfire victim wakes up from coma, immediately asks for a beer Recommended 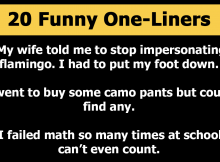 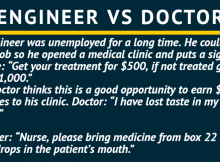 Engineer Vs Doctor: Who Is More Brilliant Recommended

Only God can give you an everlasting life. Recommended 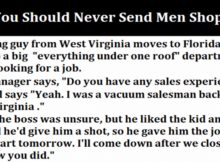 Why You Should Never Send Men Shopping! Recommended