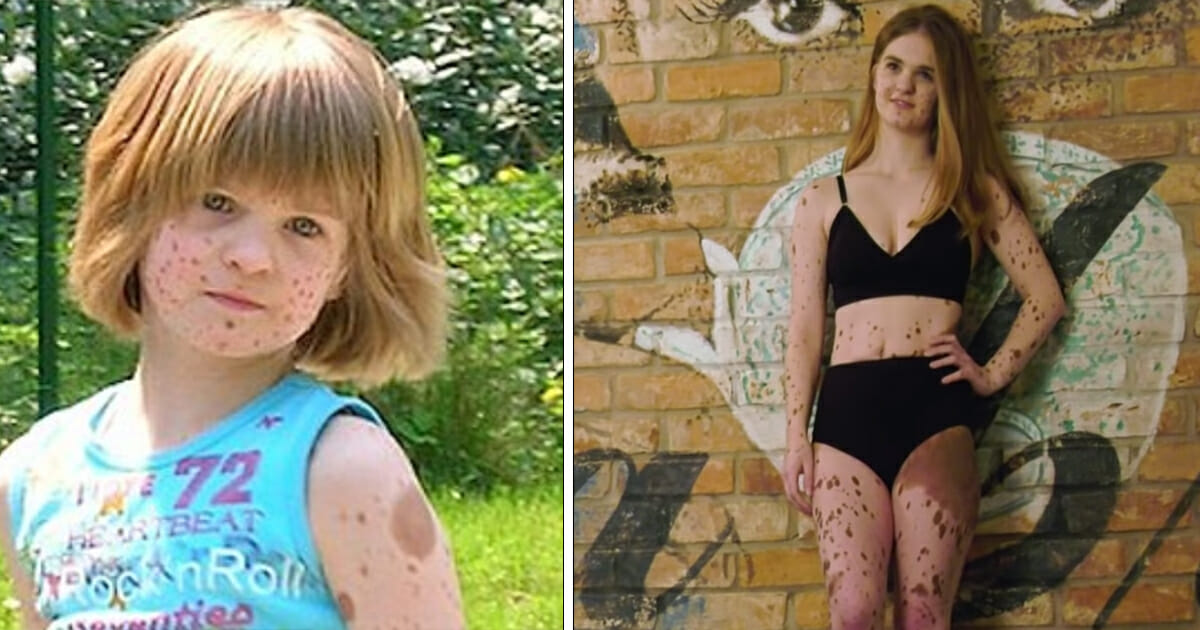 Every single human being on this planet is, in some way, unique. Even twins and other identical siblings differ at some stage, no matter how hard to spot or minuscule those differences may be.

Our differences are what make us interesting. I can’t imagine anything so bland as a world wherein everyone looked exactly the same.

Of course, there are those out there who highlight difference as a means by which to exclude and sometimes even bully others. No group of people know this better than those who were born ‘different’.

When Marika Nagy came into the world, she was covered in patchy spots that covered as much as 60% of her skin. These spots hadn’t been present on any of the ultrasounds, but she was eventually diagnozed with congenital nevus, a type of birthmark found in only one in 500,000 babies.

The older Marika grew, the more birthmarks she accumulated. Moreover, the spots became more noticeable on her face and limbs as she began middle school.

As you can imagine, Marika found herself on the receiving end of abuse from school bullies. She was told she looked like a “cow” and that she had been “splattered with mud”. It got so bad that other girls cornered her in the hallway and assaulted her. Others even created fake social media accounts so they could leave nasty comments on her pictures.

Then, just when Marika’s self-esteem had plummeted to an all-time low, she discovered a passion for being in front of the camera.

What followed was a transition from Marika beginning to believe that she was ugly, to the young girl accepting herself and her beauty for what it was.

Ever since her son’s birth in 2018, Marika has been smashing down barriers. She’s ventured in the modelling world, managing to model for a number of clients.

“I am only at the beginning of my career, but I’ve had a lot of jobs for local photographers and companies already,” Marika said, as per Barcroft TV.

“Nothing major yet, but I have done shoots for clothing stores in my lingerie. Which is really exciting and lets me fully embrace my condition.

“I only started a couple of months back and seeing the kind of reactions and interests in me, even with my condition, is really great.”

Marika also wants to raise awareness as to her story, so that others facing personal battles can be inspired to overcome them.

Way to go, Marika, we hope your story of inspiration and strength is heard far and wide.

Share this story to help Marika get her voice out there.