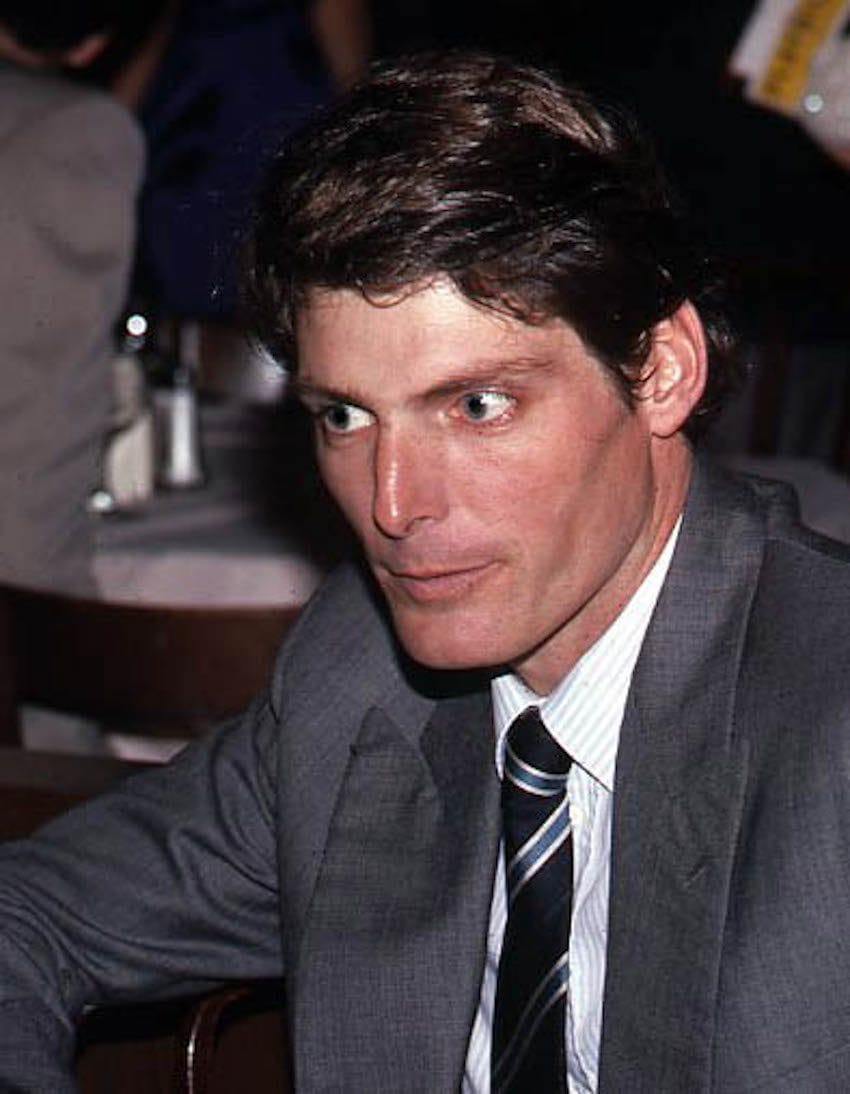 There are a lot of stories out there about kids who have grown up to look just like their celebrity parents.

From Michael J Fox’s twin daughters to Julia Roberts lookalike teen daughter and even Elvis Presley‘s grandson; there are a lot of celebrity offspring making us do a double take when we look at them.

But, in the case of Christopher Reeve’s 25-year-old son Will he’s not only the spitting image of his father but is working hard to continue his father’s inspirational legacy.

Tragically, Christopher Reeve’s youngest son was forced to deal with the death of his parents when he was just 13.

For millions of people growing up in the late 70s and early 80s, a hero looked like Christopher Reeve.

His portrayal of DC comic book hero Superman, which hit our screens in 1978, earned him a BAFTA award for Most Promising Male Newcomer.

The charismatic and handsome actor went on to star in three more of the superhero movies: Superman II, Superman III, and Superman IV: The Quest for Peace.

His name is synonymous with a famous super hero that we’ll never forget.

But Christopher Reeve wasn’t just an actor but a film director, producer, screenwriter, equestrian and activist.

His millions of fans were left stunned after he was thrown from a horse and became confined to a wheelchair in 1995.

He was only 42-years-old when he became a quadriplegic.

Reeve was in a wheelchair and required a portable ventilator for the rest of his life.

Christopher Reeve also decided to do whatever he could to grant his son a happy childhood.

During an interview with PEOPLE in 2016, Will opened up about his amazing childhood, which he considered a “totally normal” one.

“They were the people who told me to turn off the TV, to eat my broccoli, to go to bed,” Will lovingly recalled. “I understand that not every child experiences going to the grocery store and seeing their dad on the magazine at the checkout aisle, but … it was a totally normal childhood.”

Will also remembered when his father teached him how to ride a bike from his wheelchair. “I didn’t believe it was gonna work. I’m terrified, but I have my dad’s voice behind me going, ‘Steady, steady, left, right, left, right,’” he said, adding, “By the third lap, I’m smiling, looking at my dad, waving, and he’s smiling. That meant so much to him. Later on, I would race in him the wheelchair. He’d let me win.”

Sadly, Will’s father passed away when they were piecing everything back together.

Just 17 months after his death his wife and caregiver Dana also passed after suffering a malignant lung tumor, despite never smoking.

The Superman star had two children Alexandra and Matthew with his former partner, Gae Exton, and then a son Will with actress Dana Morosini.

At just 13 years old their son Will was left an orphan.

Today, Will has grown up to look just like his father – but until now has kept largely out of the spotlight.

Will has finished his education and has a blossoming career in the sports news industry.

Over a decade later, Will is now 27 years old, and has clearly inherited his father’s good looks; the resemblance is uncanny.

But that isn’t the most remarkable thing about this young man but the fact that he is continuing the good work his parents started.

Will could have gone downhill or off the rails at suffering such trauma at such a young age but thanks to his parents strong guidance and his own strength of character he did not allow himself to descend into darkness.

“There’s something my father used to say and which I use frequently today to not only honor his legacy, but to imbue a new generation with his timeless spirit: ‘A hero is an ordinary individual who finds the strength to persevere and endure in spite of overwhelming obstacles,’” he said in a Daily Mail article.

Will and his dad also shared a love of sports and today is a contributor to ESPN’s SportsCenter, a job he promised his parents he would achieve.

He got the job after interning at ‘Good Morning America’ and working there as a production assistant while attending Middlebury College.

He continues the work his parents started, looking to find new therapies and helping to lead the fundraising for more  breakthroughs in technology for spinal injury patients through the foundation.

Speaking to CBS News in 2018, Will talked about a letter he had written to himself after his parents died.

“I’ve got good news and bad news. I’ll start with the bad, because you always need to know exactly what’s going on, no matter what. That won’t change, by the way. The bad news is: You’re at the lowest point of your life. You’re in a hospital room in New York City, and you’ve just said your final goodbye to Mom,” he wrote. “You’re 13. She’s 44. Lung cancer. Never smoked. Gone, just like Dad, who died a year-and-a-half ago, which at the time was the lowest you had been. Now you’re at a new bottom and you’re terrified and confused and just so sad. But! Here’s the good news: this is the low point. There’s nowhere to go but up, and that’s exactly where you’re headed.”

Despite an incredibly tough time in life, Will succeeded to strive and become the successful 27-year-old young man that he is today.

I know his parents would have been so proud of what this young man has already achieved. He is such an inspiration.

The post Christopher Reeve’s son lost both his parents by age 13 appeared first on Newsner English.