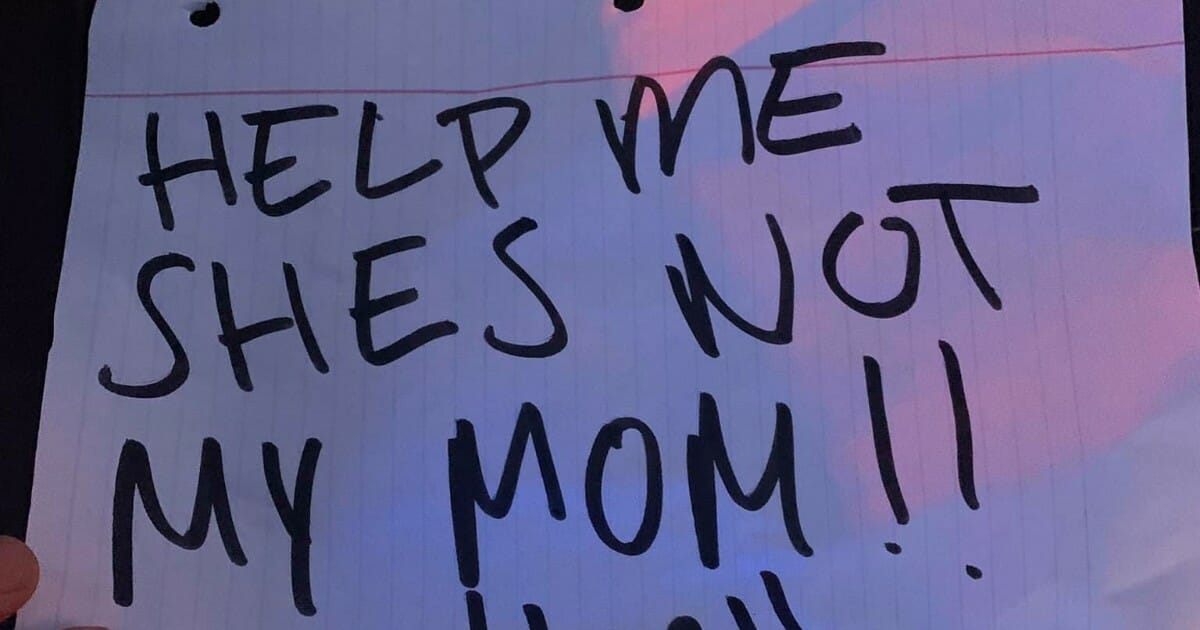 When you were younger did you ever look out the car window and make faces at cars passing by or write notes to other children in the back seat?

It was such an innocent way to pass time.

Recently, one young girl in Northern California took it up several notches when she decided to play a “prank” that resulted in a large police response.

Around 5 p.m. on Saturday, California Highway Patrol in South Sacramento responded to a concerned citizen’s call about a possible abduction. The caller reported seeing a young girl in the back seat of a car holding a sign asking for help.

Two vehicles from CHP – South Sacramento, a K9 officer from CHP – Valley Division, and personnel from CHP – Stockton found the vehicle and made a “high risk enforcement stop.”

It was a prank.

CHP pulled the driver over without issue and discovered that the sign was fake.

“It was determined that the juvenile had made it all up and thought it was a fun thing to do,” CHP – South Sacramento wrote on Facebook.

Once it was determined that there was no “foul play” the driver, the child’s mother, and child were allowed to go.

But now the police are warning others about the dangers of similar pranks.

“This is a reminder that parents need to be aware of what their children are doing in the back seat at all times. Six CHP units were assigned to this call instead of responding to legitimate calls or patrolling their beats because of this hoax.”

This is a very important reminder to both parents and children! Also, thank you to the concerned citizen who saw the girl’s sign and contacted authorities.

Share this to spread this warning from the police.

The post Child’s back seat sign pleading for help was a ‘prank’ appeared first on Newsner English.