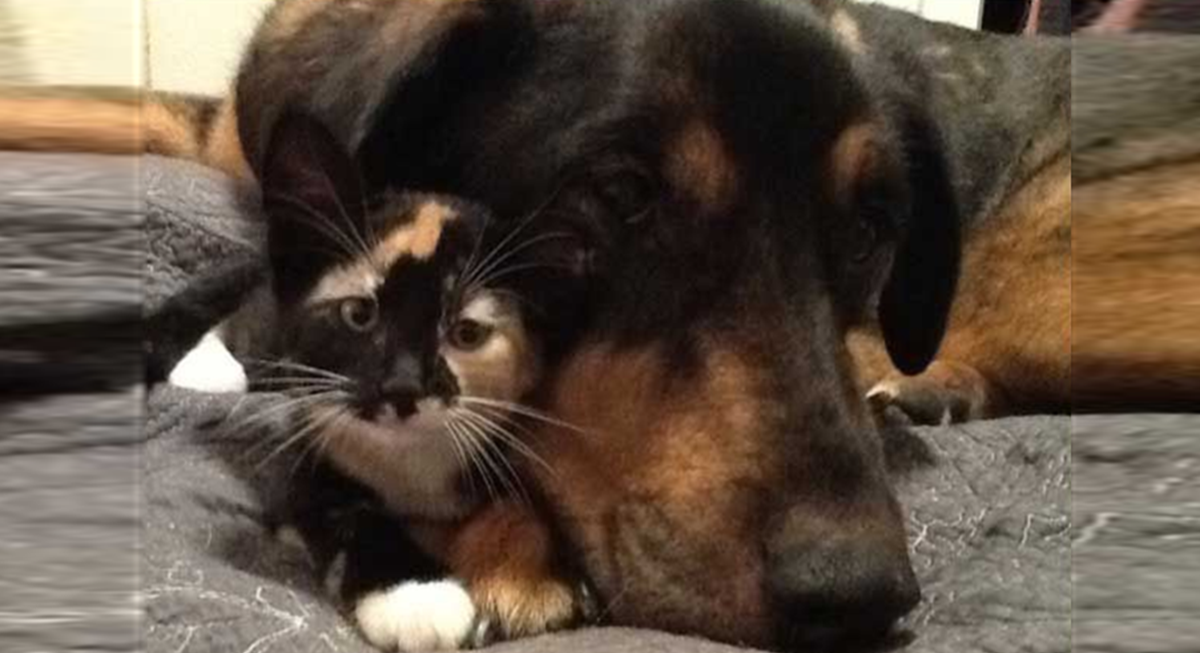 Everyone knows that a dog is man’s best friend. Or at least, that’s what most of us tend to believe. But the truth is that dogs can be friends with any creature, not just humans. They have a magical quality about them that makes them loyal friends with anyone. Their affable personalities and willingness to roll over backward (literally) for their friends make them hard not to love, no matter what your species. We’ve seen dogs become best friends with cows, geese, pigs, and yes, even cats. However, the same can be said for cats. They also have the ability to befriend anyone, despite their “standoffish” reputation. We see an example of this clearly in a heartbreaking story about a cat who lost her best friend in the world, who just so happened to be a dog.

Charlie, the dog, passed away from after a battle with cancer in 2018. Scout, the kitty, loved Charlie more than anything.

In fact, the first night their owner brought the then-5.5 week-old kitten home, she couldn’t sleep unless she was cozied up to Charlie.

Scout wanted to be around Charlie all the time. After all, they were best buds.

And he was so gentle with her, that the big pup would let Scout do whatever she wanted.

They would even eat their meals together, and she loved smelling her best friend’s ears.

And just as she loved smelling Charlie’s ears, his face showed that he loved her attention just as much.

Anywhere he went, sure enough, Scout was right there by his side.

Since his death, their owner had put an iPad on his old dog bed and played videos of Charlie for Scout.

She loves to watch the videos and curl up next to the iPad.

Both she and her owner miss their big sweet guy so much!

Please be sure to share this touching love story with your friends and family.