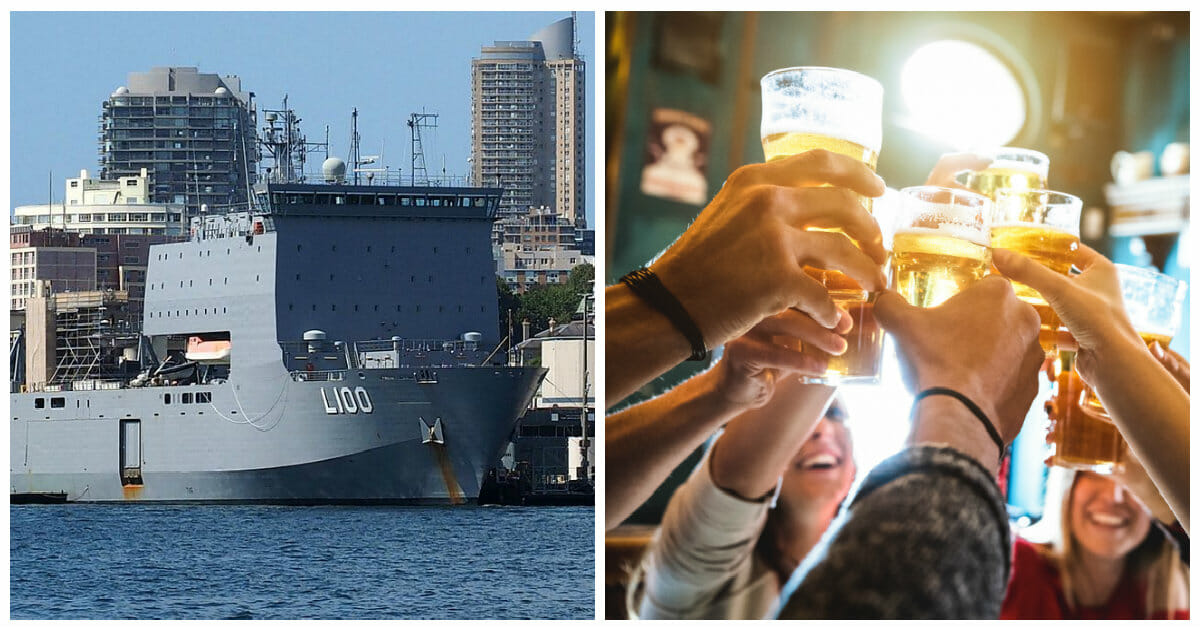 Australia has been suffering from devastating bushfires over the past few months, burning millions of acres of land, destroying 2,000 homes and depleting the wildlife populations.

In other words, Australia could really use a beer right now.

That’s not to make light of the very serious ongoing situation, but the Australian people enjoy and take pride in their lagers, and sometimes a cold one is just what you need at a time like this. One bushfire victim woke up from a coma, and the first thing he did was ask for a beer.

So when one town was in danger of running out of beer, it was recognized as an emergency—so much so that even the Navy was brought in to help.

The coastal town of Mallacoota, in Victoria, was hit with deadly bushfires on New Years Eve. The fire damaged the road in and out, leaving thousands stranded and cutting off deliveries.

Days passed, and the town was running out of supplies… and even worse, running low on beer.

This was bad news for everyone—the pub owners who rely on selling beer for their businesses, and the people suffering from the fires who just need a drink.

“We were running low of supplies and a pub can’t run without beer, can it?” Mallacoota Hotel owner Lou Battel told 9News. “Every Australian needs a beer and definitely the emergency services working non-stop.”

But on January 9, the town finally got some relief: the Australian Navy ship HMAS Choules arrived on shore with supplies… including a massive shipment of beer!

The cargo included a whopping 800 gallons of beer from Carlton & United Breweries, including Australian beer staples like Victoria Bitter and Carlton Draught. Four kegs were provided for free.

“The pub is at the heart of regional communities. And a pub with no beer is bad enough at the best of times,” said CUB chief executive Peter Filipovic.

“After what Mallacoota residents and fires have been through the least we could do is make sure they could enjoy a beer.”

Sure, maybe a town running out of beer isn’t, in the broader scheme of things, the most pressing emergency right now. But in a time of crisis, you need to look out for your citizens.

Australian Defence Force spokesperson told CNN that “they recognize how this resupply will positively impact the morale of the community.”

A good beer can get you through even the toughest times. Good for the Australian people for not losing sight of the important things!