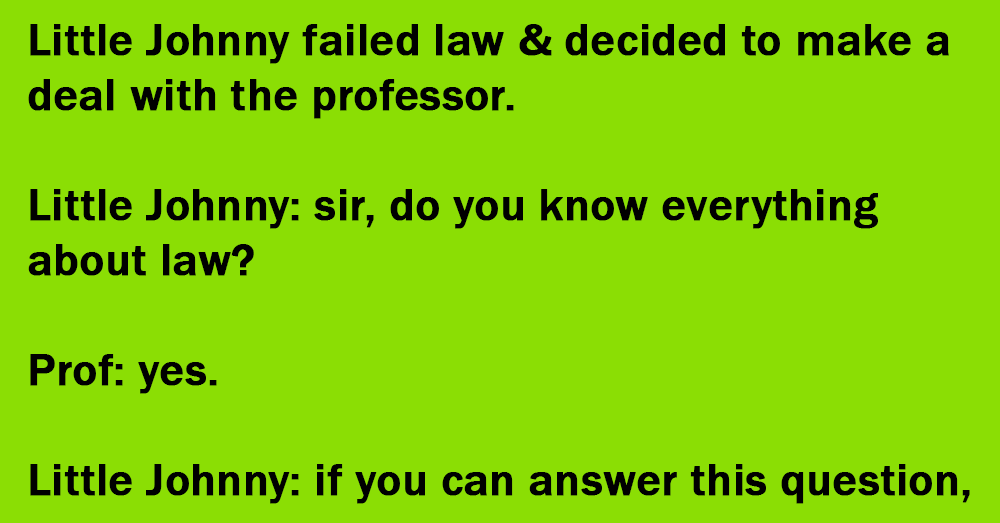 Little Johnny failed law & decided to make a deal with the professor.

Little Johnny: sir, do you know everything about law?

Little Johnny: if you can answer this question, I will accept my final marks, if you can’t, you have to give me ‘A” the professor agreed.

Then Johnny asked, ‘What is legal but not logical, logical but not legal & neither legal nor logical?

The prof thought about it for hours & pondered… But no answer.

He had to finally give up as he really did not know.

The following day, the professor asked the same question to his students.

He was shocked when all of them raised their hands.

He asked one student the same question.

He answered: “Sir, you’re 65, married to a 28 year old woman, this is legal but not logical. Your wife is having an affair with a 23-year-old boy, this is logical but not legal.

“Your wife’s boyfriend has failed his exam & yet you have given him an ‘A’ It’s neither logical nor legal!”