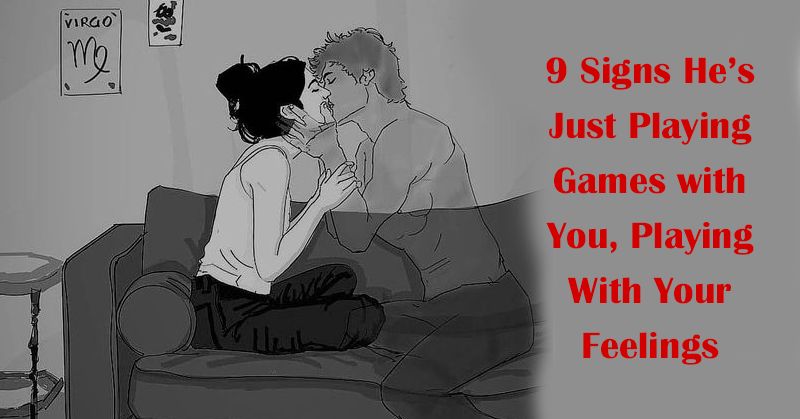 If a man is playing with your feelings, you are emotionally involved with him, but he is not emotionally involved with you. In this situation, he doesn’t want the same thing you want out of the relationship, but he is not honest about his intentions and instead is stringing you on. This kind of guy is either an opportunist who noticed you liked him, or he is someone who may have multiple girls that he is stringing on. When you are in this kind of situation, there are lots of signs that he is not that into you, but when you are emotionally involved with someone, it is hard to be clear headed and consistent. Additionally, these guys can be very good at convincing you they like you when they want you. So check out these signs to see if you are with someone who is playing games with you, playing with your feelings.

1. He pressures you into bed

This guy is really good at pressuring you into doing things that you’re not ready for. Then, he will tell you that you are no fun if you can’t do it and that he can “find some other girl who will.” This is just another way of giving you the idea that if you don’t do something you’re not ready for, other girls will.

This guy cares more about how many women he can get and less about getting one good girl to treat well. If this guy doesn’t respect your decision, then he probably does not care enough for your feelings at all.

He’s nothing but just playing a game with you.

He has two sides to him. Overly moody and overly ecstatic. He never seems to have a normal day with you. There will be days when he just ignores you and easily gets angry over small things and days when he just wants to stick around you all day long, desperately needing you.

He always avoids talking about the things you want to do with him in the future and instead, he just wants to just have fun with you. He prefers small talks and flirting than having one of those get-to-know-you-more conversations. He might even just say it casually ‘Let’s just have fun today, alright?’ thus, cutting off the plans you wanted to do with him.

He might have asked you the basic questions like ‘where do you live’ or ‘how many siblings do you have’ on your first date but he immediately erased it in his mind because you’re not just that important taking space in his life.

He hesitates to hang out with your family or your friends. He doesn’t even know what flavor of ice cream you like or the kind of movies you enjoy. If the person is really interested in you, he will know the tiniest thing about you (even the kind of pajamas you wear on weekends) and spend time together with other people close to you.

He doesn’t care about you because he is just playing a game with you, no commitment at all.

5. He doesn’t want you to meet his friends

If he’s not open to bringing you around his friends, it means he doesn’t want them to know about your relationship. If he is serious about you, he will show you off to their friends and treat you like a queen, or at least try to impress you so they can ask you out later. If this guy doesn’t want that, he’s just playing games with your feelings and does not care about how he makes you feel.

6. He plays with your feelings and emotions

This guy can be so sweet to you when he wants to get into your pants, but once you give it up easily and all too soon, he starts treating you like nothing afterward. He will tell you one thing today and another thing tomorrow.

So keep in mind that this kind of game player is dangerous for someone looking for a real relationship. If this guy is playing a game with you, then don’t let him waste your time!

This guy will tell you anything to get the job done. He may even promise to take care of you and your family, but once you’re in bed with him, he tells you that he is not ready for a relationship after all.

Sometimes this guy does not even show up on time! Remember that actions speak louder than words. His actions are telling you that he’s just playing games with your emotions! Believe me, if this guy cared about how you will feel if he acts like this, then there will be no way of him hurting your feelings.

8. He does not care about you at all

If this guy does not do anything for you, then he is just playing with your emotions. Remember that it takes two people to make a relationship work, and if he doesn’t give his all toward helping the both of you, then there is no reason for staying there.

He probably wants to take advantage of your beauty!

If he were really interested in pursuing something real with you, he would make time for everything, including the little details and proving himself as a good partner.

Don’t waste your time on someone who does not even care about you! You deserve better than that!

9. He treats other girls badly

If this guy mistreats other girls, then he is probably doing the same to you. You should never be second to any other woman. Of course, he is probably just a jackass in general, but he just has not treated you like that yet!

Please don’t play games with your feelings, and don’t let this guy play them with yours too. Be wary of these signs because they will show you if the guy you are messing around with is playing games with your emotions or not.

Let him go and find someone who deserves your love.

An Elderly Man Walked Into A Doctor’s Office. – Recommended 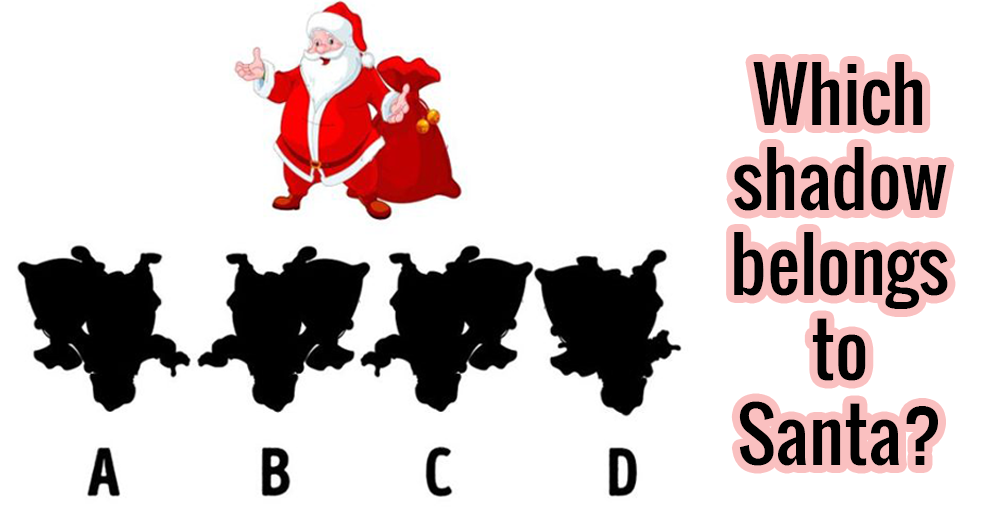 Challenging Riddles for Those With a Keen Eye Recommended 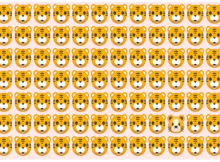 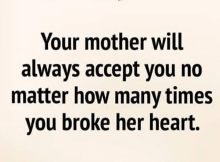 Your mother will always accept you Recommended 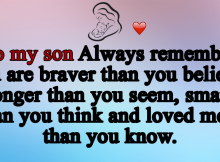 My son, I love you Recommended 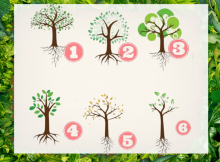 The Roots Can Say a Lot About Your Life! Recommended