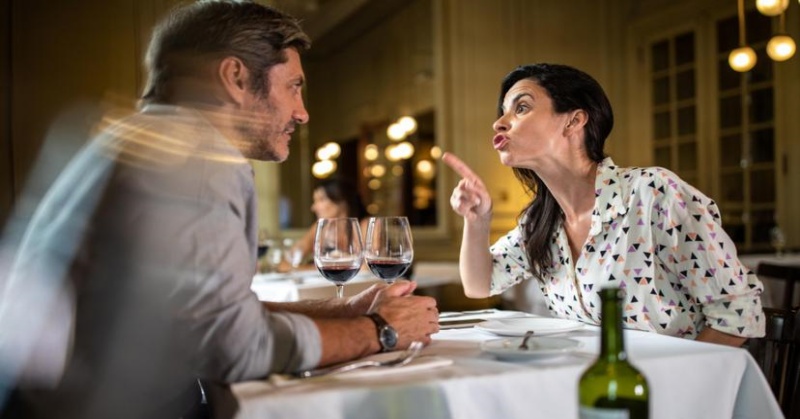 Women seem to notice everything that is “wrong” with another woman. They can easily spot any bad behaviors. But what about men? Will those who understand nothing of feminine things also notice when a woman is ill-groomed?

The answer is yes. Most men can tell when a woman is trying too hard and not pulling something off. Here are 9 things men find unattractive in women. Checking out this list may be a good place to start in cleaning up some undesirable behavior and becoming more perfect.

1) When Women Are Negative

Negativity is unattractive no matter what gender it’s coming from, but for some reason women tend to be a little more annoying more so than men. So when a female is being negative talking smack about everything and hating everything, just remember that it’s very unattractive.

2) When Women Are Loud

Loud women are annoying, especially if they’re in your ear or screaming at you on the phone. Now take a minute to imagine yourself in the same room with a woman on her period having major mood swings; how long do you think you’ll last before you start to find her unattractive?

3) When Women Are Drunk

Drunken women are terribly unattractive. I mean, who wants to see a grown woman on the floor, puking her guts out? Not to mention the tripping-over-because-she-can’t-walk-in-heels that will surely ensue once she stands up.

4) When Women Are Impatient

We all know women are impatient, but sometimes they take it to the extreme. From telling you what time to be at a restaurant 5 times a day, to yelling at you if you took 5 minutes too long to get ready to go out somewhere, impatient women are just not cute.

Lying is such an unattractive trait for someone to have, but when it comes to women it’s like most of the time you can tell when they’re lying but they keep denying it. They lie about things that they shouldn’t have to lie about and that’s really annoying.

When a woman is on the couch on a Saturday just talking about how she can’t wait to go to this party to get drunk and dance her ass off it can really turn us off. It’s okay if you’re excited but if you’re overly excited it makes you look like a teenager barely going to her first grown-ups party.

When woman act like they know everything and no matter what you say it’s wrong it gets irritating for us men. Why can’t they listen to others before making rash statements and choices? We have no idea, but it’s unattractive as hell.

8) When Women Think They Can Do Whatever They Want

When a woman is out screaming at a bodyguard outside a club, or when they are constantly calling out your name to do something that she can easily do (like washing dishes), it’s irritating because they feel like they’re the center of our universe. Us men love women, but sometimes they just need to tone it down a bit.

When women are constantly doing things for attention it’s annoying and unattractive. We don’t understand why they feel the need to do things like going to Wal-Mart in a little black dress or jumping on the bandwagon whenever a famous sports team is winning. Do us a favor and stop it.