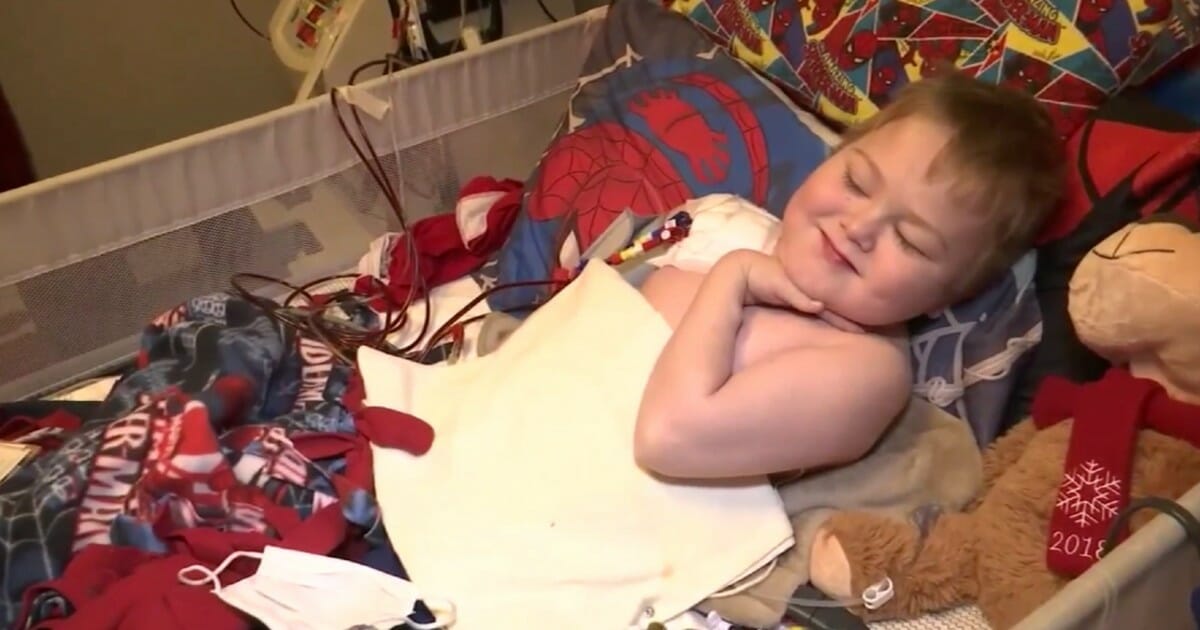 For three years, Jordan Rhodes of Fayetteville, North Carolina, has been searching for a kidney. In 2016, the now eight-year-old underwent a kidney transplant, but the transplant failed. Now he’s in desperate need of another.

“I can’t let this end any other way than life,” Deborah Jones, Jordan’s grandmother, told WTVD.

Jordan was born 13 weeks premature and endured a number of medical complications.

“He has microvascular, he has the microsmall intestines, he’s tube-fed; needless to say, he has no kidneys. He hasn’t peed since 2016,” Jones said.

In addition, Jordan has run out of room on his body to place dialysis ports–he receives dialysis four times a week. He currently has one spot left on the right side of his chest where his doctors can place a catheter, but after that spot has been used, Jordan is out of options.

In order for a successful transplant, Jordan needs a donor with Type A or Type O blood. Those who are interested in seeing if they are a match can send an email to livingdonation@wakehealth.edu.

Since the story about Jordan’s desperate need for a kidney broke, Wake Forest Baptist Health received 1,200 requests for donor packets.

While it’s the most requests the medical center has ever seen, Jones isn’t celebrating yet.

“We’ve had a lot of people, but it’s like finding a needle in the United States,” she said.

Jones is also investigating whether Jordan qualifies for some procedures at the Mayo Clinic which would lower his antibodies’ chances of rejection.

The post 8-year-old boy in desperate need of kidney after first transplant failed 3 years ago appeared first on Newsner English.