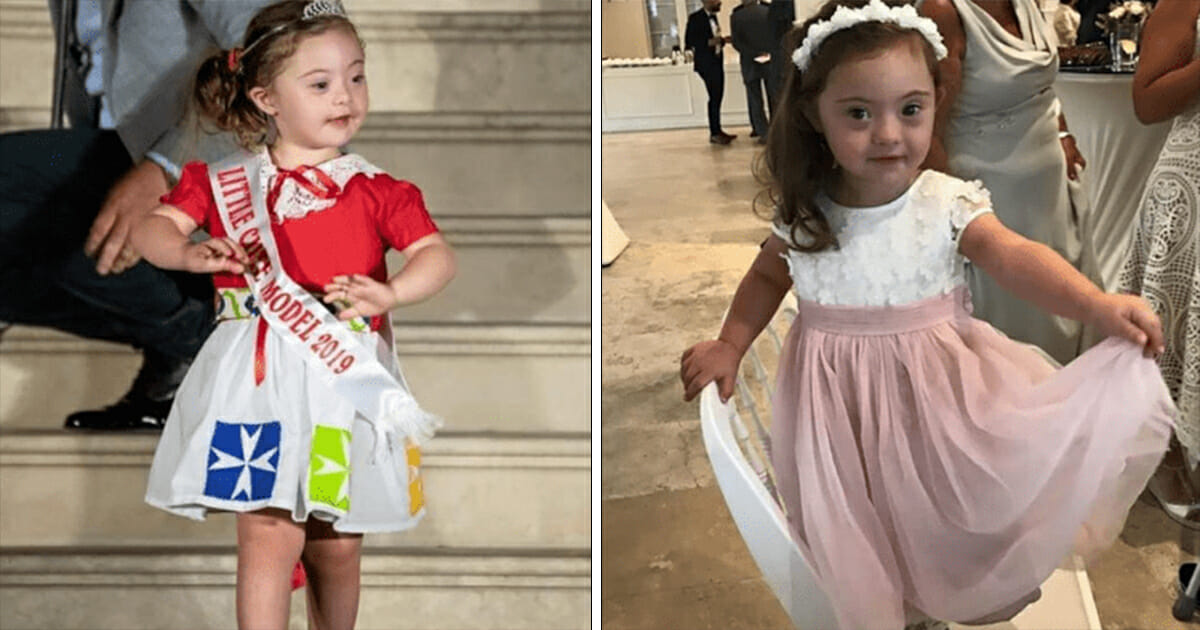 Nothing makes me smile quite like people breaking down barriers and defying the expectations of society.

After all, despite the ‘limitations’ people put on others, we are all the masters of our own futures, and therefore we decide just how high we’re going to set the bar.

A four-year-old girl from Malta has certainly set hers high indeed, after stealing hearts on the runway at a fashion show for models with disabilities.

As per reports, Francesca Rausi, who has Down syndrome, was a star performer at the event, proving to be a ray of sunshine for all in attendance.

Footage from the show shows Francesca strutting her stuff alongside more than 20 other models between the ages of four and 24.

The girl’s mom, Michelle Rausi, told Metro: “Francesca has been modeling since she was very young.

“She loves it and was the first toddler in Malta to take part in a modeling competition and won the junior top model.”

Michelle also said her daughter dreams of becoming a professional model one day, while she herself hopes Francesca’s efforts can raise awareness on Down syndrome.

Indeed, it certainly appears that little Francesca’s career is a burgeoning one. She’s already won the title of Best Junior Super Model at the Miss Junior Malta contest, whilst she also took home the prize for Best Cutie Little Model in another international competition.

“I feel very emotional watching her because I see the happiness in her eyes, it’s out of this world,” Michelle said.

Michelle has set up an Instagram page in Francesca’s name that aims to show off her great work and further enhance her growing brand.

It warms my heart to see such a young girl doing so well. We are only ever held back by the limitations we place on ourselves.

Share this article if you think Francesca is beautiful, as well as to wish her a successful career.

The post 4-year-old with Down syndrome melts hearts as she walks the ramp at fashion show appeared first on Newsner English.