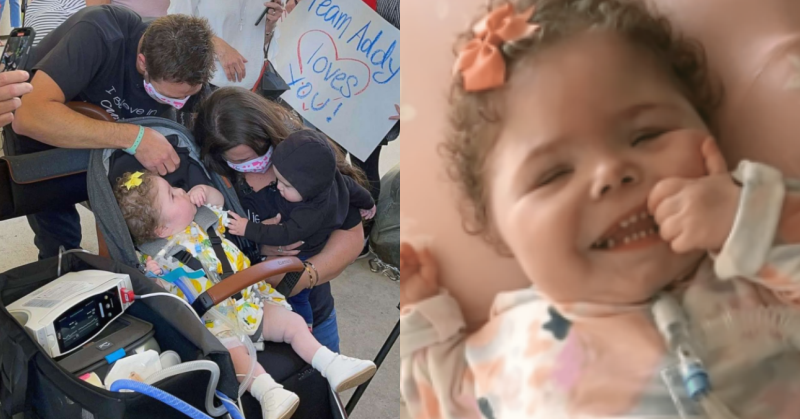 “The doctors did not think she was going to make it and we were getting ready to say our goodbyes,” her mother, Aliesha Smith said.

A 2-year-old girl who spent the first two years of her life in the hospital is back home with her parents and younger brother in California.

It was a joyous homecoming for Addy Smith, who left the hospital on April 5 after 848 days of treatment at two different San Diego hospitals.

The child was born prematurely at 27 weeks and 4 days via a cesarean section on December 10, 2019, at Sharp Mary Birch Hospital for Women & Newborns in San Diego. She was diagnosed with intrauterine growth restriction while still in the womb, which, according to Medline Plus, “refers to the poor growth of a baby while in the mother’s womb during pregnancy.”

Addy had underdeveloped lungs at birth but was making good progress. She was moved from a ventilator to continuous positive airway pressure, or CPAP, machine to help her breathe. However, three months after her birth, her health began to deteriorate. “The doctors did not think she was going to make it and we were getting ready to say our goodbyes,” her mother, Aliesha Smith, 35, told Good Morning America.

Doctors had to work on Addy for over an hour to resuscitate her, but the team at Sharp Mary Birch told Aliesha and Chris that in order to give Addy a fighting chance, she’d have to be transferred to Rady Children’s Hospital.

Addy was quickly admitted to Rady’s neonatal intensive care unit in March 2020, the same month when the pandemic was declared a national emergency. Aliesha and Chris Smith also moved into a friend’s recreational vehicle so they could split up time with Addy after the hospital changed their protocols due to the pandemic and only allowed one parent to stay at Addy’s bedside at a time.

Addy was in the PICU for over a year, where she was being treated by Dr. Sandeep Khanna.”She was a challenge. She was having periods when the air exchange was very difficult on her and we had to give her heavy amounts of sedation to relax her, and sometimes even the heavy, heavy amounts of sedation did not work. The only thing which helped us through was that we had to give her a paralyzing medication after heavy sedation,” he shared.

Even though Addy was on a paralytic medicine for months, and the hospital staff had no idea what would and wouldn’t work on her, her family never lost hope. Soon, all the care and observation actually began to help and her lungs were beginning to grow. Sure, there were a few incidents where Addy couldn’t breathe in February and March 2022, but she didn’t have any bronchoconstriction or muscular spasms in the lungs.

Along with the fact that their daughter was getting better, the Smiths also found out that they were expecting another child. Addy’s parents, Aliesha and Chris Smith had their second child, a healthy baby boy named Aiden, whom they welcomed last year.

Aiden was able to join his parents and accompany his older sister home two weeks ago and they’re getting to know each other already.

“She starts cracking up when he’s laughing or when he’s screaming, she cracks up, and it’s funny to see them interact,” Aliesha said. “We’ve taken them on walks together out in the neighborhood, which has been so fun to do.”

Even though Addy still needs to use a ventilator at home for now, Aliesha and Chris are full of hope for their oldest child and want to pass along their hope to others.

“It’s been miracle after miracle with her,” Chris said. “We’re both so excited to see where she goes and what she can do. And I know she’s always going to continue to blow us away and surprise us.” 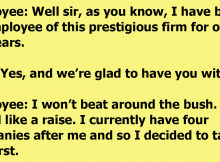 Employee is Loyal And Feels Like He Deserves A Raise, But His Boss is More Hesitant Recommended 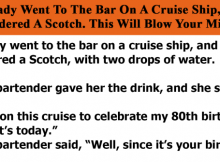 A Lady Went To The Bar On A Cruise Ship, And Ordered A Scotch. Recommended 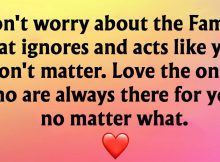 The family that ignores you Recommended 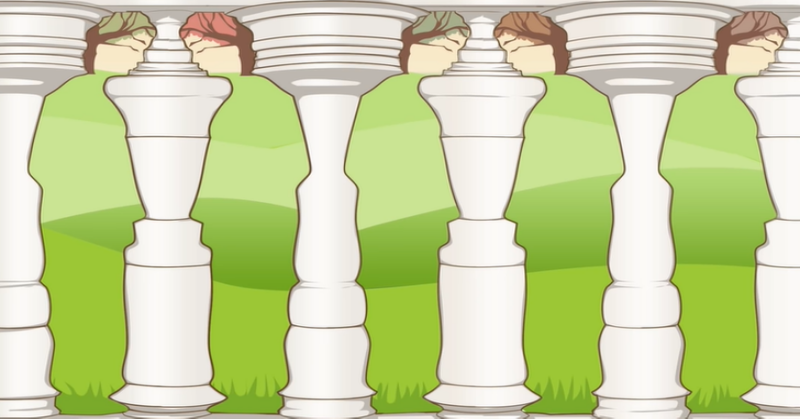 What do you see first? Tell me and I’ll tell you about your personal life Recommended 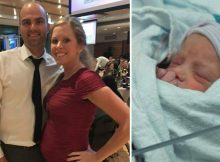