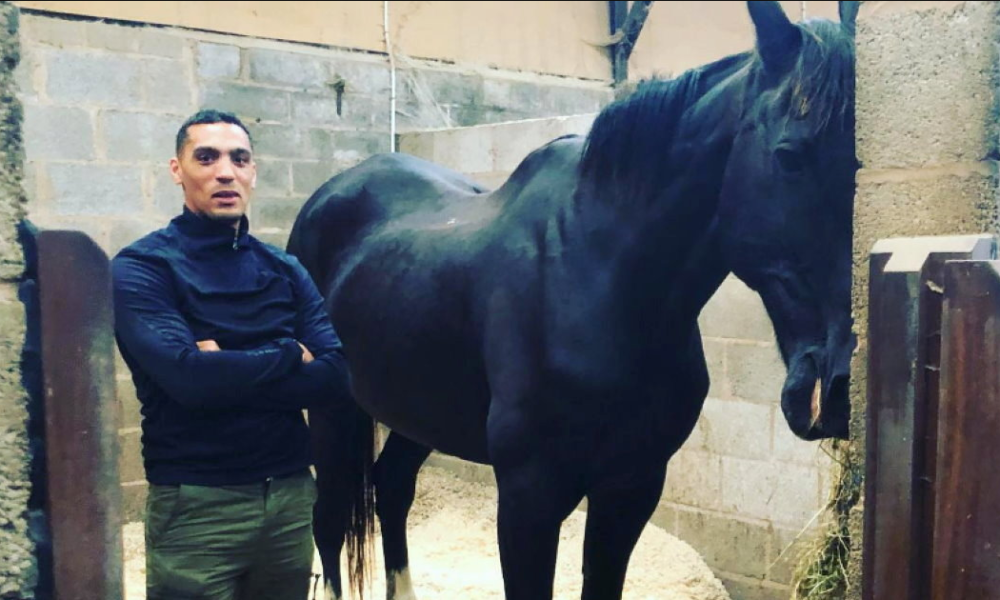 We’ve seen many soldiers be reunited with their military service dogs, but let’s just say this story is on a “grander” scale.

Ezphia Rennock was just a teenager when he was first introduced to a horse named Agricola in the British Army.

Rennock is a 35-year-old father from Lancashire, England. Back in the year 2000, he joined the Knightsbridge Barrack where he was assigned to Agricola – a horse that was a little “naughty” and hard to manage.

However, it didn’t take long for Rennock to form a close bond with his partner as they served in the Blues and Royals calvary. It was what the teen needed too, being that he missed home.

For seven years, Rennock and Agricola worked as a team guarding their Queen, Buckingham Palace, and the rest of the Royal Family.

They frequently were part of prestigious events.

“Essentially, whenever there is a royal occasion the Queen quite literally brings all the kings’ horses and all the king’s men.”

Then in 2007, Rennock retired, which forced him to have to goodbye to his faithful horse. But he assured him that one day he’d return and adopt him.

Agricola continued working in the British Army for nearly a decade more until he too was closing in on retirement.

A couple of years after Rennock learned the news, he went to visit him at the stables in Knightsbridge.

In his interview with Daily Mail, he described what it was like to be reunited with Agricola, who he also calls “Aggy.”

“It was a really emotional moment, he recognized me instantly, it sounds odd but it was as if I hadn’t ever left.”

From there the former soldier knew he wanted to make his adoption dream come true.

Yet, it wouldn’t necessarily be an easy task since Agricola would be put up for auction, and Rennock’s bid likely wouldn’t be as high as others.

But along with his bid, Rennock sent a letter explaining the situation and how he wanted to adopt the service animal he had spent years working with.

He got an immediate response confirming he was the new owner.

The former partners are now reunited and will live out the rest of their days together.

Aggy resides in one of her Majesty’s stableyards that’s near to Rennock’s home in Preston.

“…this animal is not your everyday horse. He’s a very special horse he’s taken part in some of the the most prestigious state occasions and parades.

And been closer to the royal family all his life than 99% people could only dream of.

AGRICOLA 77 2 TROOP RHGD you will live out your remaining years in pure luxury sir happy retirement and thank you for serving QUEEN AND COUNTRY with pure class and distinctions. I didn’t forget you AGGY.”

Their story has made headlines worldwide and people have offered words of support online too.

“A very special horse with a very special owner..thank you for the service to our Queen and country..enjoy your retirement Aggy..you deserve it..so glad you both got reunited again.”

“Long may he continue to enjoy his well earned retirement in comfort with someone who appreciates what honest service he has given over the years.

Bless his heart and yours too my friend for seeking him out and taking him home to spend the remainder of his life with you.”